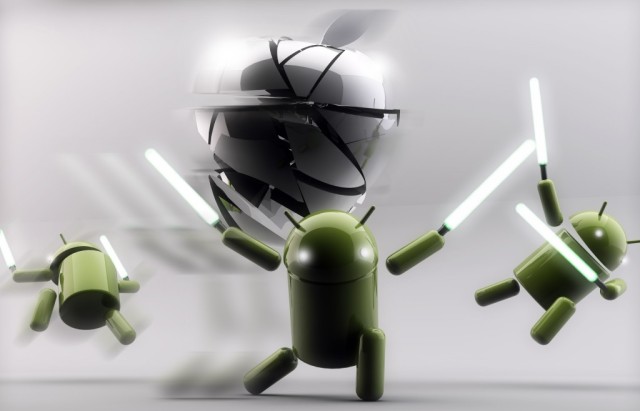 IDC have released their first quarter tablet sales estimates and Android is now on top.

Now, before I go too far into this article I must say that I work with numbers and reporting every day as part of my day job and there is a statement that is always good to keep in the back of your mind, “There are three kinds of lies: lies, damned lies and statistics”. If you are good enough, you can use numbers to tell nearly any story you like and different companies will use different sources of data and different methodologies to report on the same topic with varying results.

You can use numbers to tell any story you like

So, with that out of the way, lets take a look at what IDC say in their first quarter report – if you are an Android fan (and you probably are), you’ll like what you’re about to read.

According to IDC, there has been a 142.4% increase in tablet sales when compared to the 2012 Q1 results and leading that charge are Android powered devices with a growth of 247.5%. This massive increase has resulted in Android devices taking 56.5% of the tablet market share.

Obviously this has been assisted by devices like the Nexus 7 and Galaxy line of tablets, but I also have a feeling that it is the range of devices on offer at every price point and specification you could imagine. I know people that have purchased devices like the Nexus 10 at almost $600 (myself included) and I also know people that have purchased much lower spec’d devices in the $150 range. This has the advantage of making Android powered tablets available to a larger percentage of the population. When looking at the figures by vendor, Apple still leads with 39.6% share, but that’s down from 58.1% last year – they’re the only vendor listed in the report to have a decline in market share.

Both Asus and Samsung have had huge year-over-year growth – 350% and 282.6% respectively – further supporting my theory that both the Nexus 7 and Galaxy devices have been a major factor in Android’s increased market share. Let’s hope that this trend continues into the future, but don’t be surprised if you see figures change when Apple releases a new tablet – or, really, another company releases their statistics.

Love the picture at the heading. Should put this on a tshirt.

“Others 31.5%” likely meaning the outdated, unsupported cheap and nasty units that are offered at supermarkets and variety stores for a pittance. Although Samsung are making great progress, I think that figure tells the true story.