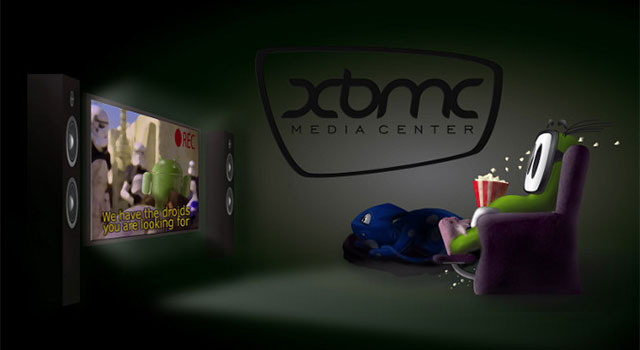 Much-loved media centre software XBMC has been gaining traction in its move away from the desktop space towards smaller, personal devices. Their Raspberry Pi release had thousands of installs since its release, and their first Android version was released in preview form earlier this year. Now, the Android version is available on stable release with a new “end user friendly” interface.

Previous builds of XBMC on Android had used the same “skin” (XBMC’s term for its customisable user interfaces) as the desktop versions, designed to be operated with a remote control and only featuring small hit zones – a big no-no in touch-friendly design. With the release of their first “end user friendly” mobile interface, XBMC are hoping to “bring XBMC to a whole new mainstream level”, a lofty goal when you’re entering an already well saturated market featuring the likes of Apple TV, Windows Media Center and Mythbuntu along with an array of OEM manufactured streaming devices.

The app isn’t ready for a general Google Play release yet, but there’s a simple set of instructions to follow to install XBMC on your Android device – you’ll just have to sideload the APK files through a direct download link.

From my experience so far, XBMC for Android is a clean and simple interface – users will appreciate the wide array of video formats it can decode.

**UPDATE**
We have received correspondence from the XBMC team to state that the software referenced in the article is not supplied by XBMC nor supported by XBMC.

What video player, media center or streaming software do you use? Let us know in the comments below

Source: XBMC for Android.
Via: Engadget.

I agree with Luke, I don’t understand why this can’t be a skin to add on to an official xbmc release. Every release (from xbmc.org) has more and more android tweaks. I think I’ll stick to the official releases thanks.
My bad, missed the post about hw acceleration

I’ve been running XBMC on my Asus tablet for a while. It’s great, but it doesn’t let you use touch to skip backwards/forwards through videos – you have to use a keyboard. Does this fix that?

Which do you (incorrectly) assume is owned/controlled by Microsoft:
XBMC or the Play store?

you’re right I always thought XBMC was created by Microsoft for the Xbox and then modified by a homebrew community for other devices. Didn’t realise it was always homebrew.

I use double twist atm

I’m confused. Why do you need Mx Player? What advantage does have over the top of the standard XBMC of 12.2

In previous releases and possibly this one XBMC’s native player does not support hardware acceleration so the solution is for it to launch an external player.

Gotta love XBMC. Typical Apple though, they won’t allow it as you don’t buy your media via iTools thus they don’t get their 30% so to install on iOS you have to jailbreak your device. Another reason to love Android.