Home News and Editorial Google I/O is next week – join the Ausdroid countdown! 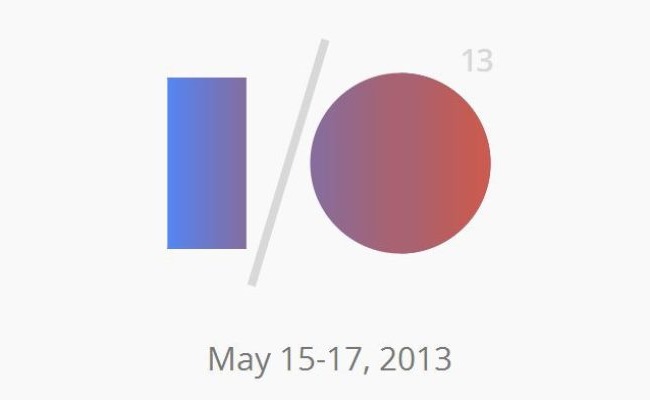 If you’re like me, you’re probably counting down the days to Google I/O 2013. The Ausdroid staff are already planning their late-night live stream munchies and pre-writing our rants and raves to bring you our unique flavour of coverage — because let’s face it, it’s pretty much Android Christmas, only equalled in magnitude by ACTUAL Christmas (when we usually get Nexus phones).

Google have today implemented what I call a form of torture – a YouTube countdown to the Day 1 keynote and Android sessions:

There are several things people like – me who aren’t developers – are looking forward to seeing at Google’s annual developer conference:

Not 5.0 as originally expected — rumours say this was done to give OEMs time to catch up with their Jelly Bean releases.

We’ve already seen mention from developers attached to OEMs that 5.0 is “out there”, though – so an apperance or preview isn’t out of the question.

Surprisingly, Google have managed to prevent many leaks on this topic (besides a few rumours), but it seems fairly certain considering the Nexus 7 is coming up on 12 months old.

I’m hoping to see more Chromebook developments, allowing it to replace even more desktop PC functionality. There’s been a few interesting things going on in the Dev channel lately, and don’t forget that Chrome and Android are now both being overseen within Google by Sundar Pichai.

Surely this has to come soon – it is long overdue. Google really needs to incorporate all their different forms of messaging. I still think Google should buy WhatsApp for their userbase. We’ve heard rumours recently that “Babel” will not be the final name of the service, too…

Now that the Explorer Edition is out there, we’re seeing new developments on Glass every single day. There’s been so much news about Glass going around, it wouldn’t be much of a surprise to anyone that this extendeds into I/O.

Will the X Phone be announced? Will we see a Nexus 4 refresh?

Could we see neither? Google may keep Motorola at arm’s length and let them make their own hardware announcements, and we do seem to traditionally get new Nexus phones near the end of the year – although Eric Schmidt’s comments earlier this year about the mobile industry being on a “6 month cycle” could be foreshadowing something for I/O.

With specific gaming hardware coming out – both for- and powered-by-Android – surely there would need to be gaming software improvements too? We’ve seen hints that Google is preparing to add online multiplayer gaming, but Google’s hints sometimes take longer than we’d like to become reality (if they do at all).

While everyone’s throwing their hat into the smartwatch ring, noone’s actually shipping a product yet – unless you count Pebble. With rumours that Google’s Android team is working on a smartwatch device, we’d be interested to see what they’ve come up with. Will we see a Nexus Smartwatch?

Not even Android or ChromeOS related — “Shoot for the stars” is a motto within Google, and we all can’t wait to hear about some of their projects. The official Google I/O 2013 app has also been released today (amusingly, they haven’t edited last year’s entry properly – it still says “2012” in the Play Store images). As with last year’s app, it’s a bit of a demonstration of where Google would like app developers to head. With a proper Android Holo UI theme, it allows you to view the session schedule and syncs your selections between all your devices, so you won’t miss anything you intend on seeing. There’s also a lockscreen widget to quickly update yourself on where you need to be.  A nice feature is that you can set up the free conference wi-fi on your device before even attending, so you’re good to go as soon as you arrive.

If you’re unable to attend I/O, all sessions will be available live through YouTube.

What are YOU looking forward at I/O? Let us know in the comments!

Google Wallet Australia?
I guess not.

> While everyone’s throwing their hat into the smartwatch ring, noone’s actually shipping a product yet – unless you count Pebble.