Home News and Editorial The X Phone has been Disowned?

When the first rumour of an “X Phone” made by Motorola as directed by Google surfaced it was late last year.  Since then the rumours have trickled in in dribs and drabs. The X Phone is/was meant to be Google’s “shoot for the stars” device.  A phone that pushes the envelope of innovation, showing the other OEMs what was possible with hardware and Android combined.

At one stage the rumours turned totally contradictory, such that it seemed that it was just a sport for some, making up the best rumour for a mythical phone as yet unseen.  I personally got sick of all the rumours of these mouth-watering specs of the X Phone and said my piece.

6 weeks later, guess what? Another rumour of the X Phone.  This time the rumour is less positive than all the others we have seen.  A Chinese analyst has said that Google have abandoned the whole X Phone project leaving it for Motorola to go it alone.  Google were reportedly disappointed with the lack of innovation in the project and have pulled the pin on it. 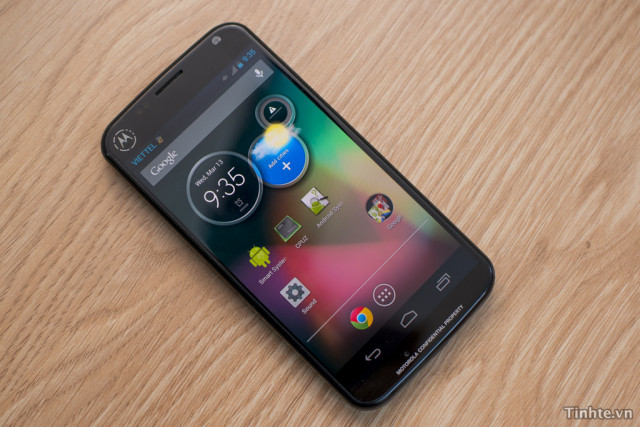 Let’s analyse this for a minute.  The latest rumour of specs  of the first X Phone which we reported as being called the Ghost were indeed very disappointing specifications as far as 2013 technology goes.  So this fits in with the rumour that Google were disappointed with the innovation with the device, but why would they pull the pin?  Google have shown they are in this game for the long haul so why would they abandon a project after the very first disappointment.

That doesn’t sound very Googley to me.  Sure, they may have decided to distance themselves from the Ghost phone being the next innovation in Android smartphones if the reported specifications are true but why wouldn’t they just push Motorola to do better next time?  This is my spin on it and maybe I am also analysing it with my “I-want-a-new-innovative-X-fon” glasses on but it doesn’t make sense to me that Google would abandon such a possibly significant project without so much of a whimper.  Also, we all know how accurate translating from one language to another can be at times so this rumour may be only partially true if at all.

Once again, maybe we will find out in around five and a half days time at the Google IO keynote.  Rumour has the first X Phone (X-FON) being released in July so we will hopefully find out once and for all then.  Sometimes all the secrecy of these companies really annoys me.  Don’t leave us hanging Google.

Do you believe this latest rumour?  What’s your take on it?

Doesn’t surprise me, I was inclined to believe it didn’t exist at all. The ludicrous rumours that were spread too.

Or it was never a true Googorola phone in the first place but the last of the phones in Motorola’s pipeline?

this is one I have heard too- plus I have heard it the other way too. Who knows though? The amount of speculation around this phone is mind blowing with not much actual evidence. Just announce it already Motorola!