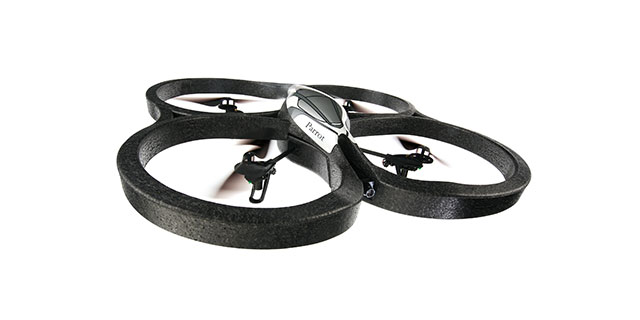 Parrot, makers of the AR.Drone quadrotor UAV, advised us today through their Australian PR agency that they’ve released an updated version of their Android control app AR.FreeFlight to the Google Play store. Alongside the already-existing remote control functionality for their UAVs, this new version of the app brings features for accessing their AR.Drone Academy online community.

AR.Drone Academy lets you share flight data, photos and videos with other drone owners and Academy members around the world, including altitude, speed, and flight duration along with high resolution images and HD video. Your flights are geolocated and plotted on a map, letting you access all the information from each of your flights and share it with others.

You can compare your data to other AR.Drone pilots from around the world, and view a nearly endless stream of flight data from your colleagues – in fact, more than you could possibly hope to absorb while still maintaining your own flight time and a life. You can view recommended flying spots logged by other members.

Right now, the Academy community has:

As if that wasn’t enough, Parrot’s also made a demo video featuring a flight alongside a familiar-looking bridge as an example of something you’d want to share with fellow Academy members:

While the focus here is intended to be the app’s new Academy features, it’s really hard not to become hopelessly distracted by how cool this baby is. While dozens, if not hundreds of people have tried and failed miserably to fly quadrotor drones the app lets you look like a total pro with easy takeoff, hover, flip and landing functions. There’s still the good old remote control if you choose to use it, though.

Drone flights are not a cheap hobby – in fact, just getting into the popular pastime is likely to set you back over $500, and that’s for a relatively modest setup. You’ll spend around $350 on a base drone and then add a few accessories. For those who’ve ventured into the area, it becomes more than a hobby… it’s more like an obsession.

Do you have an AR.Drone, or are you thinking of buying one? Let us know in the comments!

Parrot have the worst support for Android.

AR.Drone Academy has been out for almost a year on iOS already. And they have several other apps: AR.Race 2, AR.Rescue 2 and AR.Hunter.

I regret buying an AR.Drone.

Is there a superior option?

Of? Drone? App? I’m like Schultz from Hogan’s Heroes… I know nothing, nothing!

You said you regret buying an AR.Drone. I am wondering if you know of a similar product that lacks the problems you mention.

There are better drones but no where near as inexpensive. So it’s either this or nothing if you want to use an Android device.

Ok, well at least I’m not immediately regretting my decision to order one.

Be prepared to order some replacement bits so you have them for WHEN you crash. Suggest set of props, set of gears and some appropriate glue for the indoor hull.