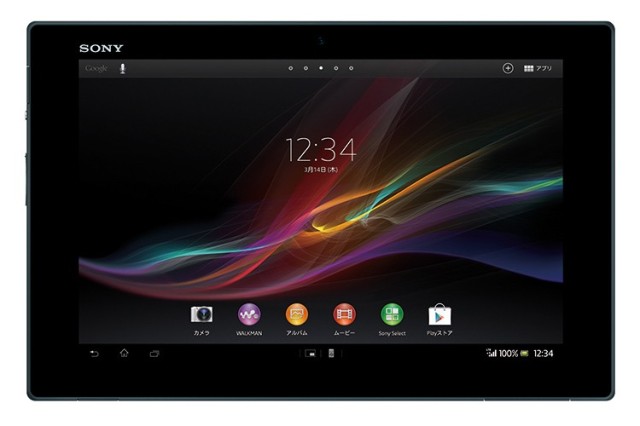 After we saw the One-Touch Collection announced for sale yesterday, Sony has announced that the Xperia Tablet Z will be available from June 6th.

Available in three models, a 16/32GB version as well as a 16GB LTE model the pricing has also been confirmed:

The Tablet Z is quite well-specced, with a 10.1″ HD Reality Display using Sony’s Bravia Engine 2. It also shares the water resistant rating of the Xperia Z phone, making it water resistant up to 1 metre for 30 minutes.

Shipping with Android 4.1, the Tablet Z also comes with Sony-specific applications which will apparently provide ‘more entertainment’. The Tablet Z is also Playstation Certified to allow you to access Playstation Mobile for Android.

Head over to the Sony Website to check out all three models of the Xperia Tablet Z and pre-order.

Will you be picking up an Xperia Tablet Z? Let us know in the comments!

Months after its announcement and Sony still aren’t going to release it with 4.2

It’s a nice little tablet. I’m looking forward to purchasing one when it becomes more widely available and the price becomes more competitive.

I’m with you. Will definitely be picking one up. However my list of purchases goes. Laptop > Xperia Z > Xperia Tablet Z . Hopefully the price will have dropped by the time I pick one up 🙂