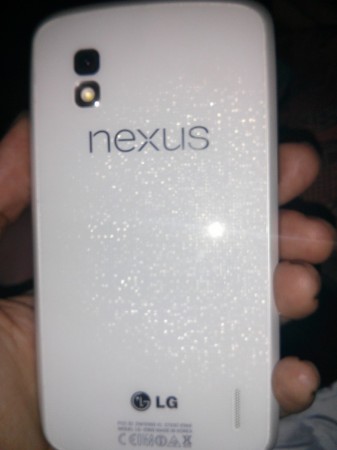 Back in November last year we reported on an interesting offer from Carphone Warehouse which involved a white LG Nexus 4.  This unfortunately failed to materialise and was largely forgotten about until January when someone snapped a photo of the mythical white Nexus 4 in the wild.  The device was rumoured to have been given to Googlers only.  Now, just a few days out from Google IO the white Nexus 4 has made an appearance again, this time snapped up by a lucky buyer at a local Cash Converters-type store in the Phillippines.  The back of the phone looks to have the same design of the back plate as the current Nexus 4 stock but this time in white.  The specs of the phone are not mentioned anywhere but many (including me) are hoping for it to have a Snapdragon 600 and LTE as part of a refresh of the current Google reference phone. 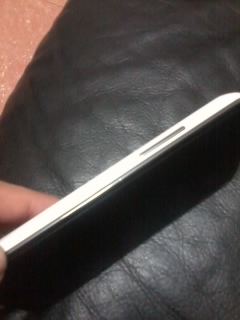 So the question is, is this just a coincidence?  Or are we set to see a refreshed Nexus 4 in white at Google IO?  Will you be buying it?