For anyone who has ventured into the realm of installing Crouton to your Chromebook to add some further functionality, the base install of Ubuntu is sadly lacking some vital functions for most users.

One of the most glaring omissions from a base install, is Java. In the defence of Linux, it’s a very basic installation as most Linux users have their own preference as to what version of most applications they want to install. It’s one of the beautiful things about Linux, much like Android; you can choose how your machine looks, feels and performs based on your needs and preferences.

How do I install Java on my Crouton Ubuntu machine?

Like the process to install Crouton, installing java is quite simple.

Inside the Crouton installation

Restar
While not all users will want or need the Java runtime environment (jre) or the Java development kit (jdk) they do have some slight dependencies on each other which means that, as long as you have the space on your drive for all three and not just the browser plugin it’s worth the time to install them for stability.

Now that you have Java running nicely on your Chromebook, you can get into the important things in life. 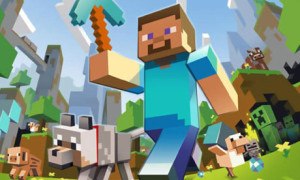 Have you got any wants for your Chromebook that just aren’t there yet? Let us know in the comments below.

sooo…how do i restart XFCE..?

This is what happens. Note that I tried doing it multiple times.

Ethan
Reply to  Erika the Minecraftian

How do you go inside the crouton installation? Do you enter the shell? OR do you have to completely re-download crouton?

I tried this in order to play minecraft. I tried opening the minecraft.jar file with OpenJDK 7 Policy Tool, which is the only program I could find, but it only opens up the policy tool program.

It didn’t work for me… Is this ONLY for XFCE? Because I’m using Unity on my C710

i want to have minecraft

i have the problem too with command not found help plaseeeee?!

how can I get the JDK 6 version of ubuntu. Is it the same command with a 6 instead of the 7?

how to get sony vegas for crouton

When I try to run the commands it says apt-get: command not found. Help please?