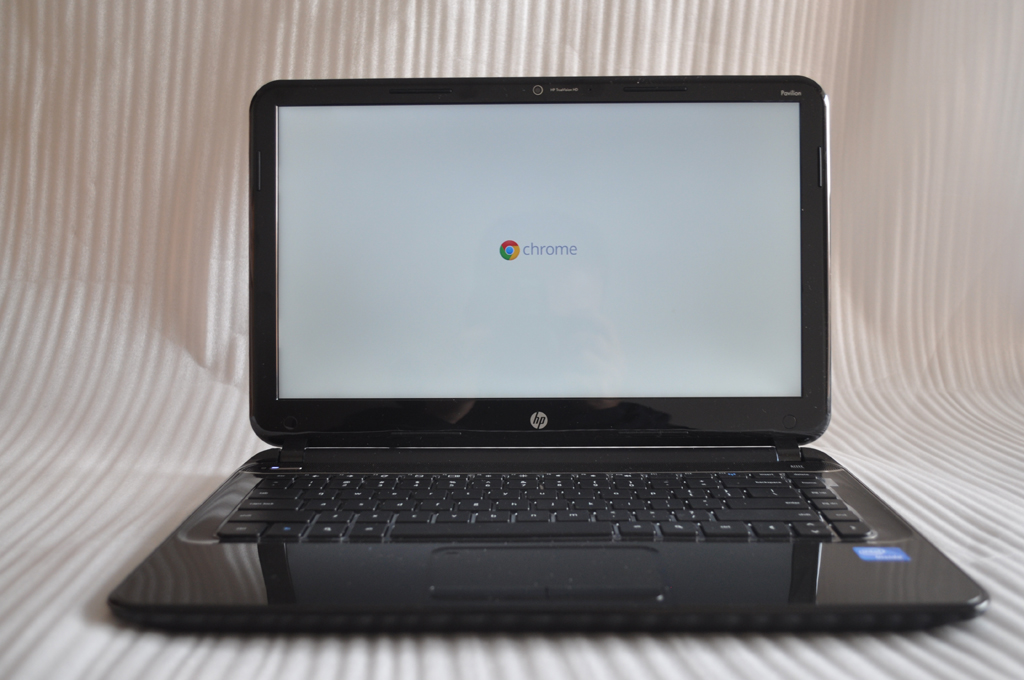 HP is currently at the top of the list when it comes to global market share for PC sales and this dominance includes a long and fairly prestigious pedigree in laptop manufacturing. With their existing market dominance they could be a pretty powerful force when it comes to introducing Chromebooks into both the consumer, education and corporate environments. It remains to be seen whether this dominance can translate into market share in the ChromeOS market, which until now has been dominated by Samsung.

The HP Pavillion 14 is shipped – as all Chromebooks are – on the Stable ChromeOS channel, and for the purpose of the review I have kept it as such. Supplied with a Power Adapter and removable 4-cell Li-Ion Battery, there are no paper manuals included but they can be downloaded from the HP Website, where you can find a User Guide and Service Manual as well as an FAQ entitled ‘Frequently Asked Questions About Your HP Chromebook (Chrome OS)’.

With a recommended retail price of $399 the HP Pavillion 14 C001tu Chromebook is priced at the higher end of the relatively small Australian Chromebook market. While we have only seen a couple of Chromebooks in Australia so far, let’s see how the Pavillion 14 stacks up.