Home Mobiles Android OS and Updates Android 4.3 spotted running on a Nexus 4 at a trade show... 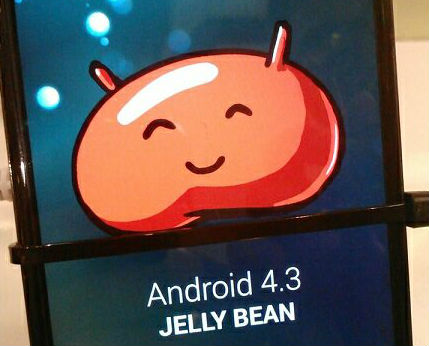 The next iteration of Android has pretty much been confirmed by a sighting of a Nexus 4 running Android 4.3 (JWR45B) by XDA user Chaleen at Thailand Mobile expo 2013.

The familiar Android Jelly Bean Easter Egg screen ‘confirms’ that Android 4.3 will indeed be an iteration of Jelly Bean rather than a full blown update to Key Lime Pie. The screenshots provided show the settings menu, providing the details of the firware as well as the baseband.

Inside the new Android version is a new Camera application which appears to have a new interface to access settings. The new interface goes for a more user friendly semi-circular line as opposed to the full circle control which means you often miss settings beneath your thumb. Amongst the options is a countdown timer setting with an option for up to a minute. Check out the Camera UI Walkthrough video yourself and see what you think.

When exactly we can expect Android 4.3 to rollout is anyones guess but the sooner the better as far as most people are concerned.

When do you think Google will release Android 4.3?

Why didn’t he look for more things other than a new bloody camera settings feature :/ How exciting.