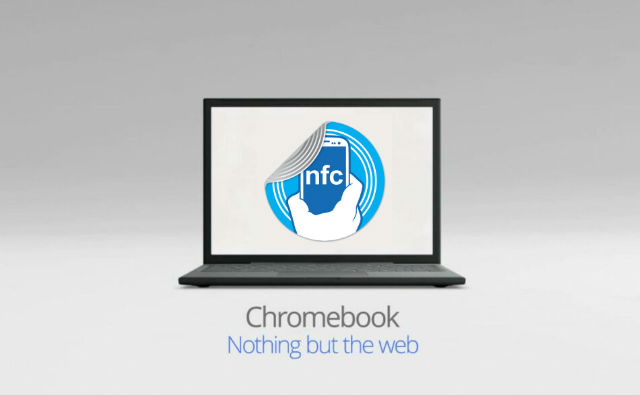 It’s been a pretty standard feature on the ‘other’ Google OS: Android since the Nexus S was introduced in 2010 and it looks as though the developers behind ChromeOS are beginning to work on building NFC into ChromeOS as well. The source code from the NFC Daemon is available at the Chromium project but there’s very few details so far, what is known is that it :

NFC works extremely well when pairing devices so this could possibly be used for that purpose. I can’t really see you holding your Chromebook up to a PayPass terminal to pay for something. Not a terribly useful feature just yet but something to bear in mind.

What uses can you see for NFC on ChromeOS?