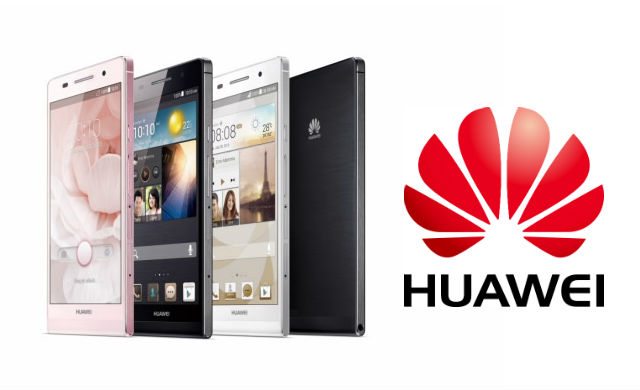 Huawei has just announced their newest Ascend smartphone – the Ascend P6 – at their press event in London. The Ascend P6 continues the road towards the premium end of the Smartphone range for Huawei, that they began with the Ascend P1. With the Ascend P6, Huawei have concentrated on the design, camera, and user interface.

With those cornerstone features in mind Huawei have delivered the Ascend P6 with an 8MP Rear Camera & an industry leading 5MP Front-facing camera that includes auto facial-enhancing capabilities for those all important ‘selfies.

For design, the Ascend P6 comes in a mighty slim 6.18mm thin brushed metallic look body which contains a naturally curved base, while still packing in a 2000mAh battery. Huawei have released a video with Guoping Wu, Design Director of Dream Lab discussing the development of the P6.

“Elegance Made Possible” — The Story Behind Huawei Ascend P6

User Interface sees the Emotion UI updated with panoramic shoot and facial recognition photography functions as well as the Me Widget that was included in the original release of the Emotion UI.

The HUAWEI Ascend P6 is a star among smartphones with its industry-leading design, high-quality camera, and intuitive user interface, Huawei’s proprietary Emotion UI. Building on the success of our Ascend P series of fashion smartphones, the HUAWEI Ascend P6 provides unsurpassed technology and a design that is simply stunning.

Huawei have only announced a 3G version initally, but have advised that an LTE version will be made available in the future.

Huawei have not forgotten about accessories for the P6, announcing they have designed a range of cases specifically for the phone which will be available in a wide variety of colours : The Ascend P6 will be available in three colour choices – black, white and pink – and begin shipping to China from June and to another 19 countries including Australia by July. The Ascend P6 will be available online from Amazon and CDiscount. We will be checking with Huawei Australia on local availability and pricing for the Ascend P6 but European pricing has been announced at €449 without a contract.

Can’t imagine life without cameras around. Best things in life are to capture every moments of it. I am so glad I found this blog. I’m thankful that there are certain camera stores here in Australia that could let us choose and buy one.

wow, great piece of kit by Huawei.
Obviously lacking things like NFC, Wireless Charging and LTE, but that’s the price you pay for such a slender form factor.

Even without the above, if this was sub $500 and had the stock “Google experience”, it’d be a serious contender for Nexus status and would fly off the shelves.

IT DOESNT HAVE A S4 PRO, ITS HUWAEIS OWN PROCESSOR PLUS ITS NOT 42MBPS HSDPA LIKE THE NEXUS 4, ITS ONLY 14.4MBPS HSDPA

Wish it was five inch, I would have been sold, still a beautiful phone, but skin looks heavy