Samsung took their first step into the world of retail stores in Australia in August last year; opening a Samsung Experience store on George Street in Sydney run by ARMS Retail – the company behind the AllPhones stores. They expanded their retail presence in Australia in March this year opening their second Samsung Experience store – this time, in Melbourne at the Highpoint Shopping centre.

It seems Samsung is quite happy with their Highpoint store, and is looking to open another in Melbourne – an article from TechGeek points to an advertisement for staff posted on the World Manager careers site by ARMS Retail, looking for staff to work at an as-yet-unannounced Melbourne Central store.

When asked about the job advertisements Samsung Australia offered no comment, but staff at Melbourne Central shopping centre revealed that a Samsung store is indeed expected to open some time in September. A storefront on level 2 near the Volume headphone store is currently blocked off, apparently awaiting renovation. Given construction and fitout times for retail stores, this could possibly be the future home of the Samsung store, but we couldn’t get any confirmation of this suspicion. 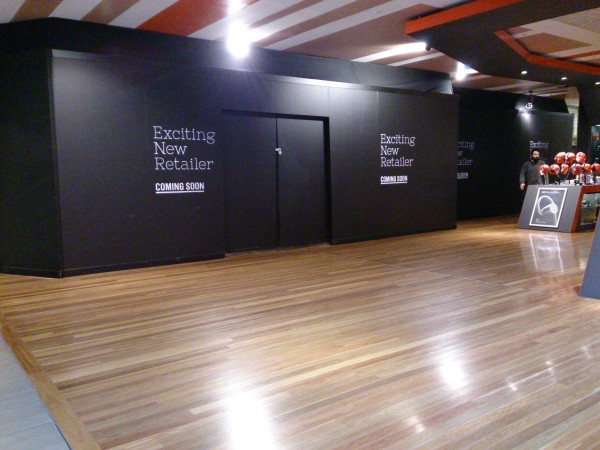 Samsung’s retail aspirations don’t appear to end there, though – it appears the company is looking to push further over the next 12 months, advertising on job search website Seek for a Project Manager for Samsung Retail on a 12 month contract, as well as looking to expand their ‘Store within a Store’ presence that is currently found in a number of JB Hi-fi and Dick Smith stores.

We also found further Seek listings for Samsung Brand Ambassadors – both full- and part-time positions at many Dick Smith locations across Australia. This mirrors their recent expansion of a similar program with US retailer Best Buy to 1,400 locations across America.

This aggressive expansion shows that Samsung is taking its Australian retail presence seriously, and that their existing efforts must be paying dividends to warrant such investment. We’d like to see them expand beyond Sydney and Melbourne though – perhaps the store-within-a-store locations around the country are just the first sign of a wider expansion.

Remember: if you do get a job at one of these locations, be sure to tip Ausdroid with any new information you may acquire 😉

Gotta thank you guys for this post! I applied for one of these positions after seeing this, have an interview next week! Cheers Daniel!

Im not the least bit excited. Im expecting them to be exactly like Sony stores (ie. a waste of space)

Will I be able to walk in if my S4 breaks and get a new one no questions asked like they do with IPhones ?? In my opinion, that kind of service is all Samsung lacks.

That’s what every android OEM lacks

It’s unfortunate that such a huge company like Samsung hasn’t adopted that policy though, especially being the market leader with Android OEM phones… It’s a service that shows that they have enough faith in their product to be able to swap out the faulty / broken ones…

goto one of those places (Depending on your state). They do swap overs. Have been for a while

Give Brisbane a store. I have idea of the economic viability of it but I want one.

Where abouts are you mate? Brisfag here

Haha well far from me.