Home Mobiles Samsung looking to take on the Asus PadFone? 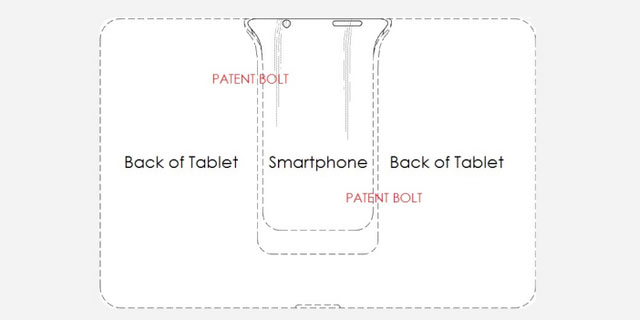 A report from ZD Net Korea on the weekend showed that a new Samsung Patent (D685, 774 – Volt 9) had received acceptance through the U.S Patent and Trademark Office. The patent that was approved was for a “wireless communication terminal”.

Looking at the figures, it seems to be a close match for the design of the Asus PadFone, although the Samsung device appears to use a more a “T-shaped” design which allows the phone to be easily docked within the tablet.

It also seems the tablet will be standalone, and only the user will know that the tablet is being powered by the smartphone at the back of the device.

There’s no name or official specs for the device, so there’s little point hoping for a price or release date at this point. We’ll be watching.

Are you interested to see Samsung take on the PadFone? Let us know in the comments!

Hmm,.. Slotting a Samsung phone into a Samsung tablet…

I think what looks like a T shape is just the width of the phone slid into the slimmer phone slot.