Fast forward 2 years, and HP are taking a second stab at the tablet market, this time in the form of the HP Slate 7. This time they’ve gone with a 7-inch tablet running Android 4.1. The 7-inch tablet market is a tough market to crack, given the popularity of Google’s own Nexus 7, so any new entry has to offer something new. On the face of it, HP seems to have done just that.

The Slate 7 has 3 major features that the Nexus 7 does not: expandable memory, a rear camera, and a sub-$200 price tag. Is this enough to knock the Nexus 7 from its perch? 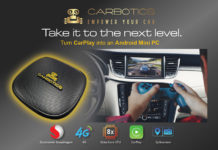