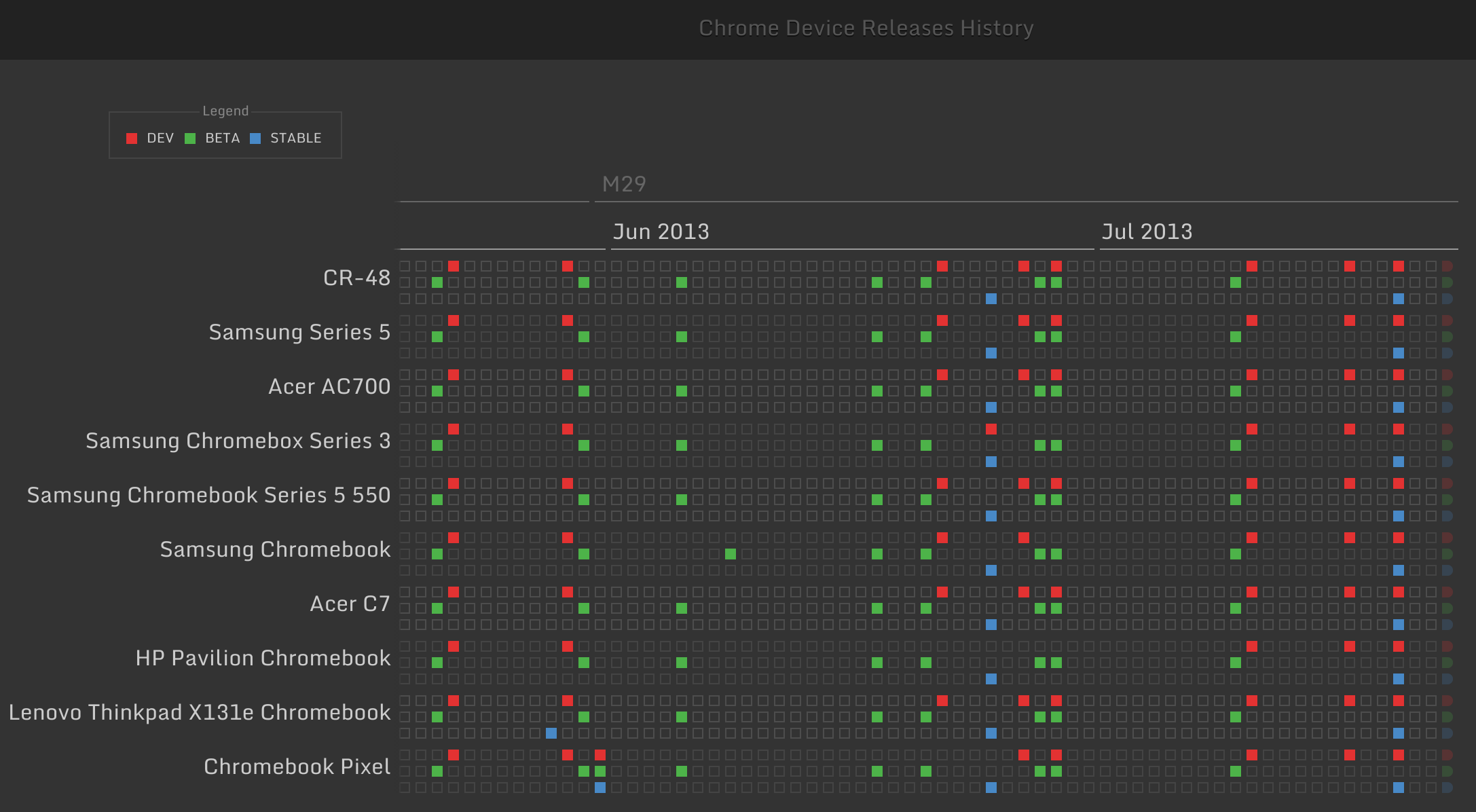 What you see here is a screenshot of a doc created in Google Drive by Chrome advocate Francois Beaufort. The source document gives a visual representation of the releases for Stable, Beta and Dev channel across all Chrome devices released since the CR48 was released back in April 2011.

While it´s not terribly important information for the day to day user, it does show when each milestone release was reached for each device. Check out the complete document for a bit of nostalgia if nothing else.