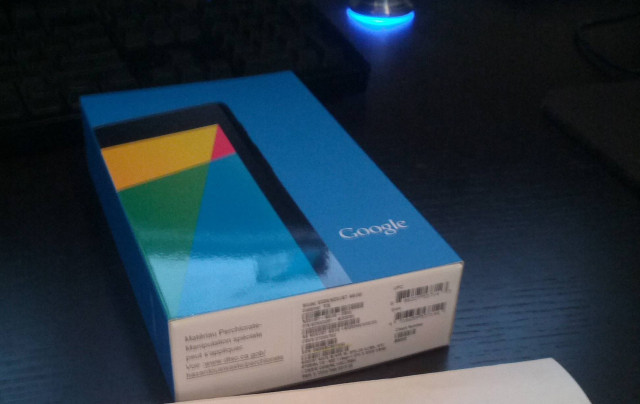 It seems that at least one lucky user has received a new Nexus 7 and has shown it off on Reddit. The pictures supplied show the Nexus 7 will come in a brightly coloured box, a departure from the subdued greys of last years Nexus packaging of the Nexus 4, 7 and 10.

Unfortunately, it appears the original poster or OP has not updated the post, indeed they have deleted their name from the post and no updates have been added after OP promised further shots. Private Messages to the user name displayed in the pictures have so far gone unanswered but we hope to get further information as soon as we can.

The event to announce the Nexus 7 Mk II is expected to be held tonight Australian time at 2am tomorrow morning. We’ll be watching the live stream on YouTube, we hope to see you there.

Update 1:26PM 24/07 : An Unboxing video has come out, courtesy of Android Police, there is also a whole slew of new photos over on their page :