During last nights Chrome and Android event, Sundar Pichai announced that Google have now hit the 70 Million tablet activation mark. This is a pretty impressive stat and Google have also stated that more than 1 in 2 tablets is Android based.

To go along with this announcement Google had a few other pieces of information to share with us. 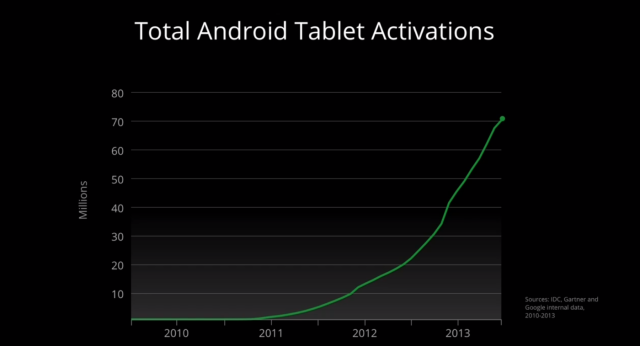 I Really want to see nice tablet apps on android