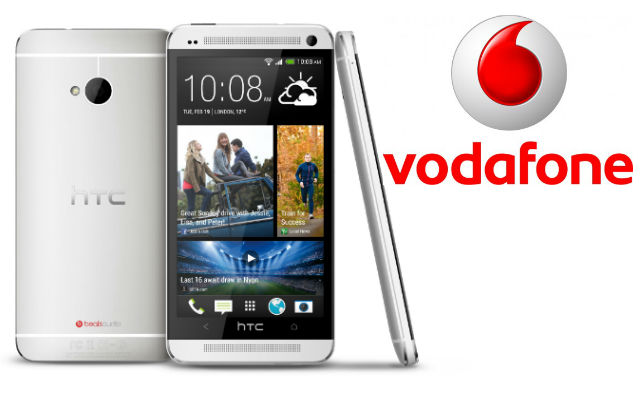 The Android 4.2.2 update for the HTC One appears to be going full steam ahead for Telstra and for Optus/Virgin Mobile too judging from comments, but it appears that owners of the Vodafone branded HTC One will have to wait just a little longer for their update.

Although the update has been approved for distribution, Vodafone are currently negotiating to ensure that the update is delivered free of charge according to their latest blog post from Community manager Tim H :

We’ve got good news with one small caveat. We’re ready to approve the update and have HTC roll it out (Android 4.2.2), the only restriction right now is how the download is measured.

We’ve always made an effort to make our software updates “free to download” and HTC have made some configuration changes which could affect that. We’ll have the update approved and ready for HTC to release as soon as we finalise things on our side so you can download the update without it chewing into your data allowance.

Keep an eye on the blog and we’ll update you with an ETA as soon as we lock one down.

It’s a shame that this is the reason behind getting the update to customers, but bear in mind that Vodafone do have the best interests of their customers at heart in trying to make sure that no-one is charged for the update. As soon as Vodafone has an update on the release of Android 4.2.2 for the HTC One we’ll let you know.

common what an excuse… There is a thing called wifi…. May be they dint realised that

common what an excuse… There is a thing called wifi…. May be they dint realised that

it means it will late too. this is too much. voafone is really very bad thing is doing with their customers. vodafone is harassing for an lil update. a shame on vodafone if they rollout to late. i think they will rollout after August. bad very very bad.

it means it will late too. this is too much. voafone is really very bad thing is doing with their customers. vodafone is harassing for an lil update. a shame on vodafone if they rollout to late. i think they will rollout after August. bad very very bad. …

What exactly was your point?

This is a really lame excuse. There is an option on the software update page to only download over wifi. I’m sure that Vodafone customers are savvy enough to realise that downloading 400+ mb over the cellular network is going to cost. Seriously!

Look through any of the telco’s help and support forums and look at the volume of excess data usage complaints. I’d reckon they have a better idea than somebody from the outside.

Vodafail? I don’t mind if they’re taking a bit longer so I don’t get charged to download on the fastest 4G network in aus compared to my crappy, slow and almost capped adsl connection.