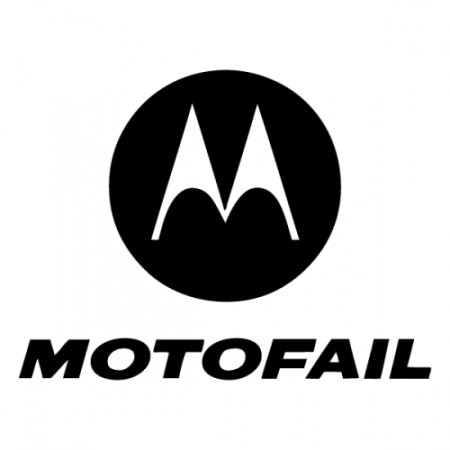 Remember when Google forked out 12.5 Billion dollars to buy Motorola Mobility? Remember what we all thought? Awesome! Finally a manufacturer who will be able to make Android phones how they should be made. Won’t this be amazing, Google directing Motorola how to make an Android phone. A true phone that encompasses the vision that is Android for them.

And then in December last year the rumours started circulating that Motorola and Google were working on a true Google Android phone. A mysterious phone to be called Moto X. Over the past 8 months the hype on the phone has built to an amazing crescendo. In the past few weeks we have seen several different rumours every single day. Our appetites were whet. Our mouths salivating at this device that was meant to deliver an experience like no other, albeit with some mid-range specs. I have never seen such hype for an Android phone before. This was meant to be the phone that showed every single OEM that you don’t need octa-core processors and 1080p screens to produce a phone that is an amazing encounter.

It all came to a head yesterday when it was released. Can’t wait to try it? Me too. But guess what? We will never know it. It seems that Motorola have decided that only the US, Canada  some Latin America markets get to enjoy Android as Google have decreed it should be. I am extremely disappointed, disenchanted and disenfrantised. It’s not the lack of wireless charging. It’s not the ridiculous price for mid-range specs. It’s not the carrier bloat. It’s not the carrier exclusiveness on customisation. It’s not that it comes with an 8 month old version of Android. It’s the fact that I can’t throw my money at them. I cannot part with my hard earned money to purchase this wunderkind of the Googorola marriage.

Sure I get the point that Motorola are a US company and want to concentrate on the US market but to so blatantly and obviously snub all other markets is nothing short of an insult. Motorola have just given the middle finger to every market outside of those mentioned above. 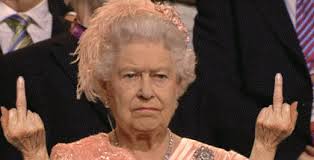 Sure the US market does make up 20% of the world smartphone market, but there is still another 80% out there to be had. Sure it may be difficult, costly and time consuming to set up distribution etc in each market. Here’s an idea, make a world version and sell it through the Google Play store. We have seen Motorola be very US-centric in the past but we all thought that with Google taking over that would all change.

I have heard the argument that Motorola are struggling and need to consolidate and are thus only pushing into their main market. Well, I am and have never been a business minded person, but to me it would seem a company struggling would need all the sales it can get. I don’t care that I couldn’t buy it in stores here. There is a thing called the internet these days apparently. I am sure Google have heard of it. Use it. Use the world economy. Sell everywhere. People everywhere want to buy it.

But now we are hearing they haven’t forgotten us. Motorola are going to “throw us a bone” and give us a cheap version of the the Moto X. Motorola CEO Dennis Woodside has said that there will be more Moto X devices to come in the following months. They want “everyone to have access to affordable smartphones”. Gee thanks. You plan on giving us a stripped back Moto X? Single core? 1GB ram? 3.2in screen? Motorola, screw you. Don’t give us a scaled back version. We want the real thing. I would have understood if it wasn’t released in Australia as we are a very small market but to not release it in Europe is just plain rude.

I wonder if the kind folks at Motorola Australia are scratching their heads wondering why they’ve been left out. I would hope their paychecks aren’t based on how many of the Razr M and Razr HD phones they sell in the coming months. Do they need to start looking for new jobs? Now that Motorola have decided to ignore everything not American is there any point staying with a company that so obviously doesn’t care about them? If Motorola ever do change their mind about the rest of the world will there be anything left for them? They so very very barely have a presence in Australia at the moment as it is — what is this going to do?

Will they ever recover? Do I care? Not sure. At the moment I am a very disillusioned Android fanboy. I am shattered and feel let down. I just cannot fathom how they could think this is a great idea. To me it’s like Google and Motorola have come out and said:

Here is the most awesome Android phone to date and this is how we here at want Android done. This is pure Google Android, giving the greatest Android experience ever. This is our vision for Android. The future. But unfortunately you can’t have it. We don’t need a reason. Too bad, so sad.

You can read the counterpoint to this article by clicking this link : Did Motorola fail with the launch of the Moto X – Counterpoint

What are your thoughts on Motorola launching the Moto X as a US only release?

Maybe there are ‘other good phones’ currently just released on the global market. But how many of them have had global hype boosting their prominence for the past 8 months?
With what Googorola has done, they have globally turned the Moto bland name into a by-word for ‘Eff you very much’ among all of us who actively promote Android. Pull the plug on grass roots support, and Moto becomes just another telco phone bland. A fast dying also-ran in the global marketspace.

Not sure what your point is. 1. If I wanted hype I’d use an iPhone. 2. If you choose to take every product that isn’t available in Australia/outside the USA, hyped or otherwise as a personal insult. Well then you choose to be insulted a lot. 3. I don’t promote Android. If the other person chooses to use another OS, that’s their business. I’m not a fanboy. 4. As another poster succinctly put it – this phone has nothing going for it/no selling points other than being Made In America. Only Americans (and maybe dumb people) would pay more for… Read more »

Not that I’m terribly disappointed (I got the HTC One and haven’t looked back since), but it’s frustrating to see companies going out of their way to stop international markets buying wares. I understand it takes a lot of effort to establish a retail presence, but why do they make it so hard for fanatics to buy what they want? Why not offer it on the Play store for all and sundry to buy, even if premium shipping prices are charged? Tech moves so quickly that if they don’t have carrier contracts signed at international launch that it’s unlikely to… Read more »

Motorola died a long time ago and now el goog are keeping it on artificial life support before someone wakes up to themselves and flicks the offswitch.
R. I. P Motorola

I got over the Moto X several months ago because of the drawn out rumour timeline. That doesn’t help my feeling of anger and resentment towards Motorola right now, Scott is right… Screw you Motorola – I find it unlikely you’ll ever get more of my money after this.

I also feel a bit snubbed. I’m a bit worried for Motorola AU too. What are they going to do now? I really liked the RAZR M but it’s too far behind the pack. Same with the other RAZR phones. Maybe they will pull out of Australia. Not releasing up to date products is like shooting yourself in the foot in the highly competitive smartphone market.

I think Motorola AU will be fine. Motorola is a Google owned company, they’ll mark time till they have a range of new Moto X products to release as they said in their PR release about the Moto X.

It’s probably best to just wait and see. Yes, it’s disappointing that some international customers got caught up in what’s obviously been quite a successful PR Hype train, but unfortunately it comes down to ‘them’s the breaks’.