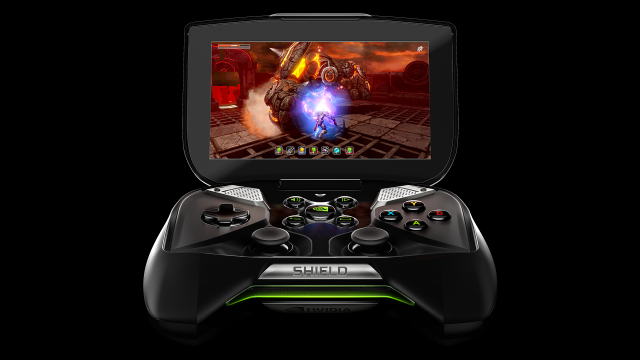 Nvidia have joined the disturbingly short list of manufacturers who offer an easily unlockable bootloader via ADB Fastboot as well as make their source code for all to see. What this means for the developmentally minded user is that the sky is the limit, custom OS images and third party ROMs are just the start of what is almost sure to become quite a strong and varied community based around the shield.

nVidia has been panned in the past for their lack of support for the open source community, most notably by Linux creator Linus Torvalds, who famously gave nVidia the finger over their lack of support for Linux and the Open source community during an Aalto Talk at the Aalto Center in Finland. So, with that in mind, it’s pleasing to see them releasing source code for distribution with the Shield and hopefully this signals a more open nature at Nvidia.

While the shield is pretty scarce in Australia at the moment, there’s way to get your hands on them like any other device. If you’re keen to learn more about developing for Shield, head over to the Develop for Shield page and grab not only the source code, but the pre-installed factory image too, which means if you do manage to get a hold of one you can also restore your shield to it’s out of the box status.

Hat’s off to Nvidia for opening their latest toy to the tinkerers among us.

What would you like to see added to the already impressive list of functions that the Nvidia Shield has to offer?