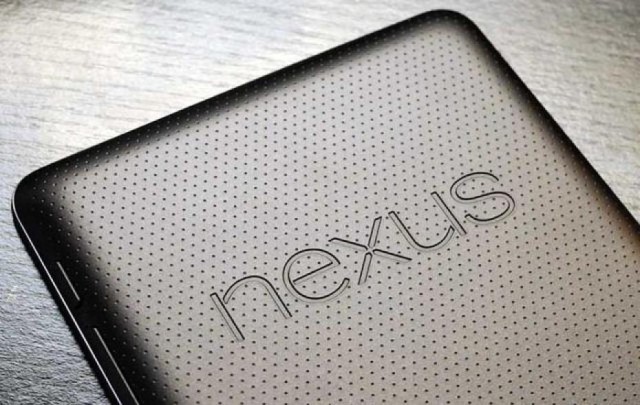 Thanks, Qualcomm. This is why we can’t have nice things.

Jean-Baptiste Quéru is the AOSP’s frontman – he gets praised when things work out, and cops the flak when they don’t. And with Qualcomm’s lawyers raining all over the Nexus 7’s parade, it seems that JBQ has had enough: 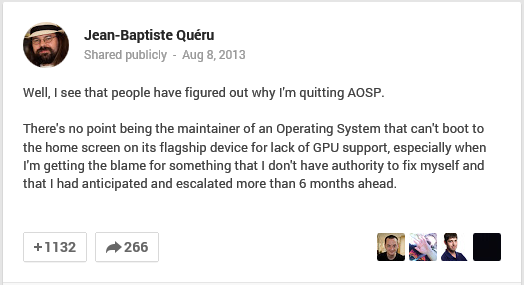 It’s interesting that this problem was predicted six months ahead of time, but a bit sad that it still hasn’t been resolved. I guess some folks at Google are more interested in making money out of Android than supporting the modding community. While it’s sad that JBQ will be leaving the AOSP, he may not be disappearing completely:

@llamarossi @szuwen_huang @spinlock Haha yeah. No worry, I love Google, and they're hiring in all teams.

I remember and have admired JBQ since the days of Be Inc. and BeOS. He’s an amazing engineer and has worked tirelessly on AOSP, most people don’t realise how significant his efforts have been on Android’s current status.

Wish him all th best, but I’m afraid AOSP, and Android as a result, will suffer as a result.

Can’t wait for Intel to come and give Qualcomm a good run for their money. Such a pedantic whingy secretive company…

Completely agree! I fear to think what will become of AOSP without JBQ in charge. The dude’s dedication to open source was incredible, and I hope wherever he ends up now appreciates him.
Intel’s chips are surprisingly good, so hopefully Qualcomm get their comeuppance soon enough!

On Intel I agree.. I want them to hurry up and come back for round 2. Especially from a battery life perspective.

It’s scary when we have to hope that Intel will be our saviour.

Echo your sentiments, JBQ did a lot of great work for this community, he will be missed dearly.