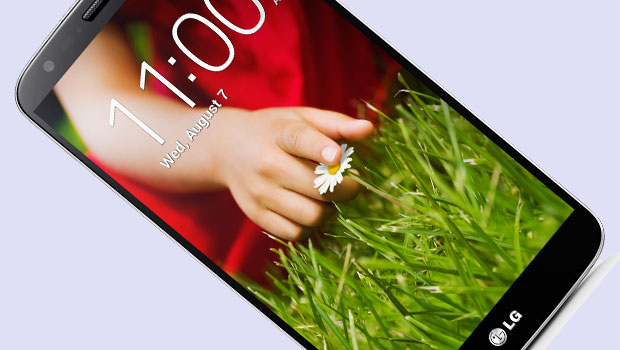 The wait is finally over. After months of speculation and leaks, LG have officially revealed their new flagship phone, the G2. The device was launched at an event in New York City early on this morning Australian time.

One of the most striking features of the G2 is the design. The power and volume buttons are located on the back of the phone, just under the camera lens. This means that the front and sides of the phone are completely devoid of physical buttons, with everything else being handled by onscreen soft keys. LG believes that having the buttons on the back makes more sense for larger devices, and will make it easier to adjust volume while talking. If the phone is placed on its back, the device can still be woken up by double-tapping the screen. 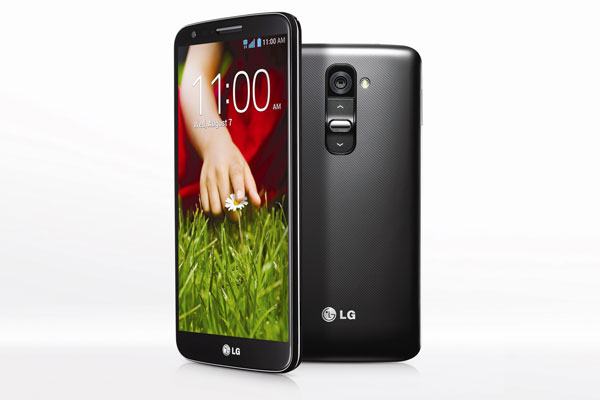 Most of the specs come as no surprise to most, as the majority of recent rumours were proven to be correct. The G2 features a 5.2-inch full HD IPS display and a 2.26GHz Qualcomm Snapdragon 800 featuring quad Krait CPU, meaning it will be the first smartphone launched worldwide powered by the Snapdragon 800 processor. The G2 also features a very thin bezel, at just 2.65mm. This means that the screen on the G2 runs practically edge-to-edge, giving you maximum screen real-estate. Other specs include 2GB LPDDR3 800MHz RAM, 3000mAh battery, LTE-Advanced, studio-quality sound (24 bit/192kHz Hi-Fi playback), 13MP rear camera with optical image stabiliser (OIS), 2.1MP front camera and is running Android 4.2.2. The device measures 138.5 x 70.9 x 8.9mm, and will come in 16GB and 32GB models.

The LG G2 also has a bunch of features designed to enhance the user experience:

Last year’s flagship, the LG Optimus G, was the basis for Google’s Nexus 4, and if the rumours are true Google could end up going down the same path with the G2, so the excitement is even greater than usual for this device. Though pricing has yet to be revealed, LG have announced that the G2 will be released globally on over 130 carriers in the next eight weeks starting in South Korea followed by North America, Europe and other key markets. It is unclear where Australia fits in to this global launch, but hopefully the G2 arrives here sooner rather than later. We’ll keep close watch in the coming days for any Australian-specific details, and will be sure to let you know.

What do you think of the G2? Is it everything you hoped for, or did you expect more? Will you be buying one? Do you think this could be the Nexus 5? Let us know in the comments!

The power/volume buttons on the back at first had me ‘wtf’ing, but now I’m thinking that might be a clever idea, and your index finger is usually at the back at that spot anyway.

Don’t know how much support LG phones get in the developer community, but if they could get a stock Android 4.3 rom up and running I may be interested.

Really nice phone, specially the bezel. It only has few feature compare to GS4 but they are actually good features not gimmicky. Love Slide Aside. Really tempting to buy this one. Another thing I love about this phone is 13MP with OIS camera. Will wait for all the reviews before making the decision.

It does. What’s your point?

Article says the G2 is going to be the first with the 800 yet Sony are claiming that as well.

LG G2 will be released in a couple of weeks probably. Xperia Z Ultra not for a while.

5.2″ as flagship phone is not a gd choice, not many people will go except for geeks

So you are being negative making broad statements and yet you can’t spell or express yourself properly. Some people will love it in fact many people will.

Chill dude, i’m just saying my opinion, Not trying to be negative and i don’t care if u think so…

Not really, people who doesn’t want to have both phone and tablet would love the big screen factor. For me I am not used to big screen yet because it is hard to hold in the hand however, I find it is really wast of money to having tablet and phone together because I will only use one.

vijay alapati
Reply to  No One

Agreed, But u can get a Nexus 4 (US$299) and New nexus 7 (US $229) for just US$530 and i’m sure than G2 will cost more than that, So As a person who want to save money will think twice, But again its individual choice, As i was saying its jusy my opinion and will also respect urs 🙂

It is about using money to buy the right device, not find something cheaper to buy. For me, I find that nothing cheap will come good.

No microSD slot, no removable battery. Decent phone otherwise, volume and power on the back are an interesting choice

no microSD only bothered me until i first went to a phone without one, and found it only makes everything a lot simpler. I’m fine with no sd slot, but I do think they need to be done with this 16/32GB crap that we had in 2008. My nokia n97 was 32GB. 128/256GB thanks.

removable battery would be nice, but oh well. least it’s a decent sized battery. I really hope this turns out as the base for the new nexus.

Holding out for the next us version

Damn, now I want this phone….