Home News and Editorial No ETA on factory image for new Nexus 7; lawyers to blame? 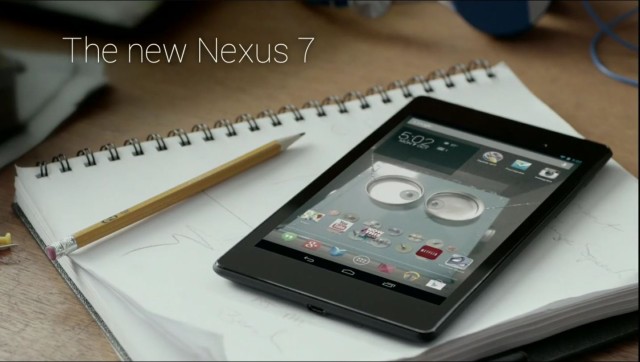 If you’ve decided to import a shiny new Nexus 7, make sure you read the instructions very carefully before you try to root the device – if you mess up, there’s no (official) way back. Google haven’t released factory images or binaries for their new flagship tablet yet, and according to Jean-Baptiste Quéru, the maintainer of the Android Open Source Project (AOSP), we may be waiting quite a while:

Griffin Millender
When will flo get factory images? I have occasional screen flickering and would like to flash stock to see if it goes away.

Jean-Baptiste Queru
No ETA, and I don’t know if they’ll ever be available at all.

When asked for the reason, JBQ referred to the Nexus 4, which also launched without binaries or factory images being available, and declined to comment further. Although, he then did slip in this gem:

Interestingly, the Nexus One, Nexus 4 and the new Nexus 7 have all had Qualcomm chipsets, and they’re the only devices where Google have had issues making factory images available. While JBQ hasn’t come straight out and said it, some of his tweets have made it quite clear that lawyers have complicated the release:

Lawyers have been ruining nice things since the dawn of humanity, and now I guess they can add the new Nexus 7 to their list. It’s unfortunate, but hopefully can be resolved, seeing as how Google have had the same issue with Qualcomm before, and in the case of the Nexus 4 at least, were able to work something out.