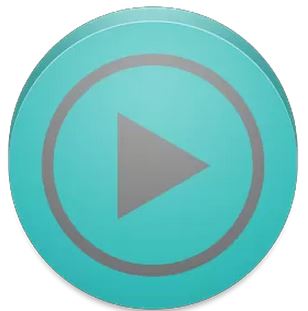 If you, like Huawei, really can’t wait till the end of the year for the official ABC iview client to arrive so you can access the streaming content available for viewing from the ABC, then you may want to check out this brilliant App called aview.

The aview app was released on the 22nd of July and is still very much in the development stage having not yet reached version 1.0. It’s been designed for devices running Android 4.0 and above and it shows, the app comes with an easy to use and well thought out UI which incorporates a slide out navigation drawer. Simply select the stream you want and the video loads with little to no issues and is quite simply everything that I could possibly want to find in an official iview app when the ABC get around to releasing it.

The aview app describes itself quite openly as ‘An unofficial open source ABC iview client for Android’ and also being an unofficial app they advise that the app may break in unexpected ways as the ABC install updates and change the iview service, in preparation for bringing streaming iview content through their own official App.

We spoke with the developer behind aview, who has chosen to remain anonymous at the moment for a variety of reasons. The dev, who doesn’t wish to profit from the App, instead is merely happy to receive any positive feedback and is simply happy that people are using the app. aview is actually open source and is available to download from Github, it’s been developed on and off over the course of a year with a few people involved in the project but around 10-15 weekends worth of effort got the project up and running, although that would have been much shorter if they had access to the ABC backend.

We asked if there were any difficulties found when putting the streams into an Android App?
There are two streams the app can use for any given show. By default it’s using a MP4 container with H264 video and AAC audio offered over HTTPS. All these things are standard and supported by Android (4+). So we simply stick the URL for that in a VideoView and call it a day. No difficulties there.

Then there’s the HTTP Live Streaming that the iOS app uses. This has been a royal pain the arse and I’ve wasted a ton of time trying to figure out why it wouldn’t work. In the end it turns out the ABC send the occasional empty (ie 0 bytes) chunk of video and the Android decoder (reasonably) doesn’t know what to do with that so it dies. I think I can work around this, but it’s a low priority and I’m (perhaps naively) hoping the ABC just fix their stream to follow the HLS spec. At the end of the day having working HLS would be best for users because it lets your video quality degrade gracefully to cope with less than ideal network conditions. Because who wants to wait for Peppa Pig to buffer?

With such an app like this, we asked if the ABC had contacted them, or attempted to contact them?
Not at all. They’ve got to be aware of the app’s existence by now. I’ve seen people replying to Mark Scott on twitter about it and have had people in the play store reviews saying that they’ve been talking about it on the official ABC iview forum. For the time being I’m taking the lack of communication as a sort of implicit indication that what we’ve done is OK.

They don’t really need to contact me, either IMO. The code’s up on github under a BSD license. They can take it if they really want and build on it. But If they did want clarification on anything I’d be more than willing to talk to them about it… At the end of the day it’s all about getting a nice user experience for iview on all my Android devices. And everyone else’s as well. But mostly mine.

With other streaming services available from other Channels we asked about plans to branch into something for say SBS or one of the commercial channels?
I was looking at the EPL iOS app that Foxtel released last year, that looked like it would be possible to port but I guess it’s less important now with Foxtel go or whatever it’s called…

Once I’ve got a 1.0 release out, I’ll consider other services but it really depends on the back end they’re using, because if it’s flash it’s going to be pretty difficult if not impossible. Or I could create an iview Windows Phone app to appease the 3 WP users out there?

With regards to what they’d like to see in other Apps or what they thought of the lack of iview app so far the developer said
I know that we released the app with some bits that are less than optimal, but we figured it was good enough now that people could actually use it. I’ll be working on it for a while longer to get it polished. And if/when the ABC releases their own app that doesn’t suck (that means NO F%^&*NG SPLASH SCREEN ABC) then I’ll be less inclined to keep this up to date.

Also, any time the ABC (says that) Android is insecure or less secure than other platforms that’s straight up bullshit. Compare Android with the Flash iview: decrypting flash streams is a solved problem, so by streaming to desktop PCs (which are rooted or jailbroken by default) they’re already screwed. Second, it’s trivial to get the magic string that you need to “authenticate” for the iOS HTTP Live Streaming, so that’s just as broken. Their choice to exclude Android appears to be based entirely on their own biases.

The project acknowledges there are issues with the app and have a list of things they want to work on, they definitely invite you to report any bugs or issues you can find to their bug tracker. But after using the app for a week now it’s been performing flawlessly for me on all my devices.

The app is actually very good and could be a great basis for ABC to start with, in fact with the code for the App available on Github they could actually conceivably do it.

aview is a free download, it fills a much needed role at the moment until an official iview app is released and possibly even after depending on the quality of the ABC app. It’s available in Google Play and we highly recommend you check it out.

Region changing is one of the things that got me using ABC iview in the first place. Learned how to change my ABC iview region at PureVPN

Hi loaded the app and works great but how do I get it into full screen?
Hope someone can help, probably simple but . . . . .

Wow that is awesome. Abc just got massively pwned. Makes a mockery of everything they’ve been telling us. Let’s hope they don’t intentionally disable it like they did with the flash version.
So glad I read ausdroid or I’d never have known about it.

To clarify, I mean the app is awesome, not that the abc got pwned. 🙂

Wow I’m blown away by how good this app is 😀 Makes me all the more frustrated that the ABC has been neglecting their duties as the national broadcaster of Australia by providing for Apple but not Android. Two quotes from the mission statement section of ABC’s 97-98 annual report ( I’m finding it difficult to find a more recent ABC mission statement): ‘contribute towards the diversity of broadcasting services within Australia’ By only supporting one mobile platform they are not contributing to diversity. ‘transmit broadcasting programs outside Australia’ An android app as well as an iOS app would increase… Read more »

works great the app. until I get a hold of chromcast ill stick to watching iview on the ps3