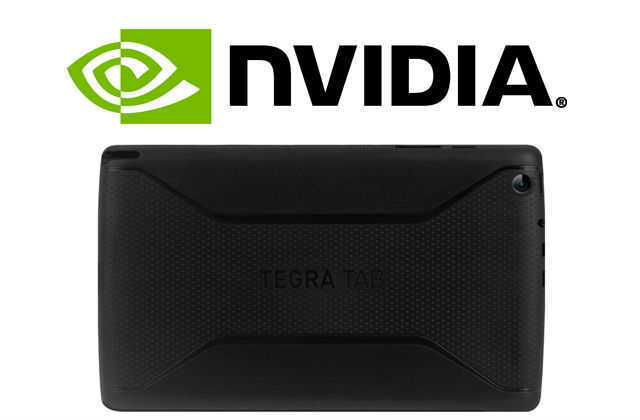 Nvidia seem to be happy with their first foray into the commercial Android hardware market with the Nvidia Shield, which began shipping in the US just over a week ago on the 31st of July, so much so that they appear to want to release their own Android Tablet branded the ‘Tegra Tab’.

According to TheVerge, the first mention of the term ‘Tegra Tab’ apparently appeared in a filing from nvidia back in April when a patent was filed with the US Patent and Trade Office(USPTO).

Todays information comes in the form of pictures of the Tegra Tab released on Chinese sitem – MyDrivers. The two pictures show off the tablet as well as another which shows a close up of a rear mounted camera. The description on the site lists the tablet as being a 7″ device with a 500 million pixel(5MP) camera as well as stylus support.

The tablet will carry the nvidia Tegra 4 processor inside and connections on the tablet will include a full HD HDMI – most likely mini-HDMI – port as well as USB, a headphone jack and speaks of a 3G version of the Tablet.

TheVerge also reported that a number of Chinese sites have referred to Shenzhen Homecare Technology as the manufacturer who have already shown off a stylus packing device that could possibly be the front of the device pictured on MyDrivers.

nvidia have made a pretty good product with the Tegra 4, however it hasn’t had much of an uptake in Android devices recently, with most manufacturers choosing the Snapdragon range of CPUs (400, 600 and 800) or for Samsung, their Exynos line of processors for most of their handsets and tablets.

What begins as a long shot to bring their own devices to market, could actually pay off if priced competitively. We’ll have to wait and see which price point they will choose to aim for. Of course this could just be a proof of concept that we may never hear of again.

What do you think of an nvidia built Android Tablet powered by Tegra 4?