Home News and Editorial Reports of GPS fix bug in Nexus 7 (2013) being investigated by... 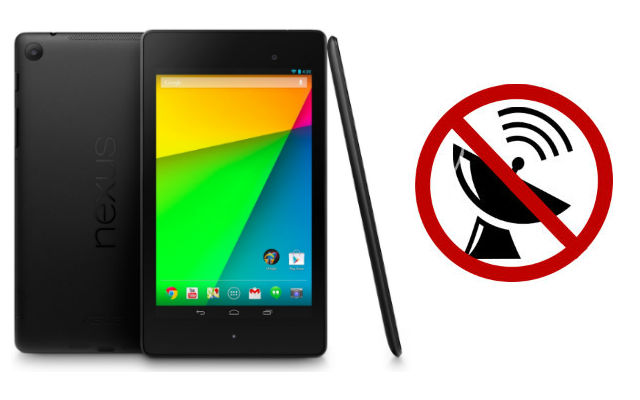 While it may not be the primary focus of your tablet usage, most tablets come with some manner of GPS functionality built in and it appears that the GPS function in the Nexus 7 (2013) is having some issues.

Users on Reddit, as well as Google Forums, XDA-Developers and Android Centrals forums are all reporting a bug which sees the GPS on the Nexus 7 become unresponsive.

The issue has been found to have a few fixes, such as clearing the A-GPS data and rebooting – but the fixes don’t work for everyone. Google employee Paul Wilcox has responded to the report in the Google Product forum :

Thanks for the reports everyone, we’re looking into it.

So far it seems that not every device is affected, and it’s seemingly random although could be explained by not that many people using their tablet for GPS.

I personally don’t but for the purposes of testing, I took the Nexus 7 (2013) for a walk around the block and it was fine for the first 400 metres but then it got stuck, and seemed to only re-initiate once I reached the front door. The blue line is where it SHOULD have tracked but it just didn’t seem to want to. The Tablet was held in my hand with a clear view of the sky, which was cloud free and should in theory have provided an unimpeded view to GPS satellites.

For now, Google is investigating the issue and we can only hope that this is resolved by the time the Nexus 7 (2013) launches here in Australia.

Do you use your tablet as a GPS?

Mate, future reference, you’ve given away your address there which is probably fine but not sure its worth the risk of some dodgy characters trying to exploit it somehow

Check out the thread at windroidblog.blogspot.in/2013/08/nexus-72013-problems-and-potential.html
in which they have posted the potential solutions of the above problems.