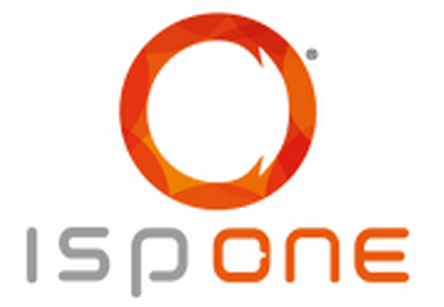 ispONE, the company who resells the Telstra service wholesale to multiple Mobile Virtual Network Operators (MVNOs) in Australia is currently involved in a legal dispute with Telstra that’s now threatening to end the business model of some recent entrants into the mobile space.

The company – currently the exclusive reseller for wholesale access to the Telstra network in Australia – has had a troubled couple of months legally in Australia. They were taken to court recently by one of their MVNO customers – Kogan – to force them to continue to provide SIM cards to the company for new customers. They lost that battle.

The newest legal issue is over unpaid invoices in what appears to be a failure of ispONE to capitalise on the success of their MVNOs such as Kogan and Aldi, who have both seen a flood of customers to their networks to take advantage of some pretty good pricing, while utilising the exceptional reach of Telstra’s network.

Telstra is currently threatening to end the prepaid mobile services provided through ispONE due to unpaid invoices, but ispONE is arguing in court that Telstra has calculated the amount they are owed based on incorrect pre-paid data pricing and that there are no unpaid invoices. ispONE sees the attempt by Telstra to stop the service of their 280,000 customers as a breach of their agreement, and says they’re entitled to damages.

According to ZDNet, Telstra has apparently advised that they have ‘a contingency plan in place to limit the impact on those affect(ed) customers’. But in the meantime, the case will be followed up later today.

Kogan seems to think that there is a justifiable concern about continued service for their customers. Ausdroid reader Chay tipped us this morning that Kogan is today sending emails to their customers, advising of the potential issue and encouraging their customers to contact Telstra to express their concerns. The email is reproduced below:

It seems that Kogan and Aldi may not be the only ones affected by ISPOne’s issues. EFTM last night published a ‘commercial in confidence’ email that was sent out to some of their smaller customers yesterday who use the Optus network. The email points to a restructure at the company which will keep the same staff behind the scenes, but migrate their wholesale customers to a new company called iBoss.

EFTM also points to several downstream wholesale customers of ispONE who are slowly exiting the MVNO market, such as RedBull Mobile who will no longer take on new customers from September 1, and others who have all downgraded their previously generous data caps – Lebra, Dodo and Savvytel.

The move by the larger Mobile Operators away from the MVNO model of supplying wholesale access to their markets may mean that some customers will be forced back to the larger – some say, more expensive – carriers.

The court case between Telstra and ispONE is due to be decided today, we’ll update with any more information as it comes to hand.

Do these activities damage your faith in smaller and cheaper MVNOs? Tell us your thoughts in the comments.

Daniel Tyson does this effect Aldi as well?

Does this effect ALDI as well?

I refuse to believe anyone could have any kind of contractual dispute with Telstra.

This sucks very much.

We definitely need more regulations of our mobile sector. Been with Kogan for a few months and have had a couple of issues(reciving multiples of the same text and not being able to send MMS) but in most cases the service has been good and the speeds have actually been a lot better than Optus.

There seems to be a very real issue in Australia with lack of choices (in nearly every sector). Hopefully this will be sorted before people start to get disconnected.

P.S. Could you please correct the italics that start in the second paragraph. Reading the whole post with an emphasis is hard on the brain.

A missing m can do a lot of damage apparently. Fixed. Cheers.

The problem is Australia needs the government and the regulator to act in the role of the EU in Europe, and force the carriers into better performance. There is relatively little real competition, therefore the only way the consumer isn’t going to get hammered is if standards are set and limits enforced.

Its no wonder that you can get unlimited 30 day solutions in Europe for <$20.

Does this effect boost as well?

Unclear at this stage, but I believe Boost is a little different in that they access the Telstra Next G network rather than the wholesale network on offer from ISPOne.

No, Boost is Telstra Direct and not Telstra Wholesale through ISPone so they are not affected at all.