Home Mobiles Sony wants to snap an entirely seperate camera to the back of...

Sony is at the forefront of design and pushing the boundaries in regards to design and style of their products. This continues, as it seems Sony is looking to go a step further and attach an entire seperate series of camera lenses to the back of your smartphone according to a report from Sony Alpha Rumours website.

These clip-on lens units will actually contain almost everything you need to take a picture — a built-in sensor, Bionz image processor, WiFi/NFC, and an SD card slot — however there is just one thing missing from that list, isn’t there? That’s where your smartphone comes into the picture as the view finder for the camera lens.

The lens will connect wirelessly to your device and use that screen as the viewfinder. All the controls will be in your smartphone.

Here are a couple of press shots that have leaked out through Sony Alpha Rumours: 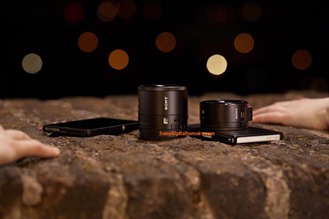 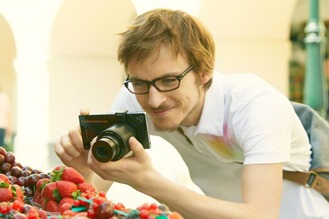 There are two lenses which have been somewhat confirmed at this stage, being the DSC-QX10 and DSC-QX100.The QX100 will be based on the 20.2MP RX100 sensor and Zeis lens from the DSC-RX100M camera which retails for approximately $799 on the Sony website (or $748 US on Amazon websitehttp://www.amazon.com/Sony-DSC-RX100M-Cyber-shot-Digital-Camera/dp/B00DGQK2GM/?tag=androidpolice-20).

The QX10will feature 10x optical zoom and an 18MP sensor. This lens camera is expected to be similar to the DSC-WX150, which retails for approximately $400US on the Amazon website, though there are still a lot of unknowns here with the exact specs.

Whilst this might seem quite weird, to have a separate camera lens attachments accessory instead of just using your smartphone’s stock camera lens, it it might have some appeal if the price and features are reasonable. Ultimately, compatibility will be the main key feature that would have to be addressed to ensure they could be used on perhaps non-Sony mobile smartphones.

We do note, though, that Sony Alpha Rumours have implied the lens cameras will work with all Android phones and the iPhone with a possible announcement launch for late August.

So would you consider buying a separate camera lens attachments for your smartphone?

If the wireless range is good and the lens can easily be propped/positioned to cue filming of video and taking of photos remotely, with the viewfinder display showing on the phone, this could be an awesome device for some circumstances.

Looks a lot like this prototype that I have no idea who made: http://www.youtube.com/watch?v=tDIZImKrhg8

Connect wirelessly to your phone? why… its clipped on?! and why put NFC, SD card etc into it if you HAVE to use the phone anyway?? I would say put an image sensor lens etc in it and have the phone do it’s normal job. I think the idea of a CAMERA phone is that you can pull it out of your pocket and take a photo…. now you would have to have the camera attachment handy and intact, clip it on then take the photo??? it would be easier to just have a camera and a phone! Samsungs approach… Read more »

It looks like the phone has a standard camera on it for every day normal use, but you have the option to use the lens when you want to increase performance. It’s a lot easier to carry a small lens than an entire dslr or compact camera system.

If that’s the case I’m all for it as an upgradeable Lens! Just seamed strange to have all that tech in the lens if the phone has it already?

Agree – clip that onto a Galaxy Mega and you’re all set!