I love mobile gaming, but most of the games that I have purchased have been relegated to my tablet due to the increased display size, and it is quite rare for me to install a game on my phone now days. The subject of today’s review as an exception to this rule.

Dots is a very well designed game that reminds me of the classic match 3 games that have been around for years. You are presented with a grid of different coloured dots and it is your job to connect dots of the same colour. The more dots you connect, the bigger the score. Also drawing a square of connected dots will remove all of the dots that match that colour which adds a nice twist to the game and a nice boost to your score.

I always get sucked into games that look clean, with simple game play, but most of the time I am bored within half an hour. This game is different. It has a really clean look, simple game play and with the addition of trophies and global leader boards, this game is really addictive.

There are two modes that both use the same basic game play, a timed mode in which you have to match as many dots as you can in 60 seconds, and the second mode where you have to get the biggest score possible with 30 moves. Although in both modes you are doing the same thing they have a very different feel to them with the frantic match as many dots as you can as quickly as you can timed mode and the much more relaxed, planned out method in moves mode.

Another twist that is thrown in is the use of power ups. There are three different power ups that you can use throughout the game. All of the power ups are purchased using dots that you gather during the game or you can purchase addition dots using real money.

So far I see no reason to purchase additional dots and these purchase options are hidden away, so unless you try to purchase a power up when you don’t have enough dots you won’t even notice it is there.

The three power ups are as follows, Time Stops which stop the timer for 5 seconds, Shrinkers which will remove one dot from the game board and Expanders which will remove all of the dots of a certain colour. Shrinkers can be used as often as you like while Time Stops and Expanders can only be used once each per game. The cost of the power ups are as follows

The one complaint I do have about this game is that it uses its own leader board system and wants you to sign into Facebook and/or Twitter to compete against your friends (which is completely optional). I would have much preferred this to have been built using Google’s leader board and achievements system.

Dots is available for free on the Play Store so I would highly recommend giving this game a try for yourself. 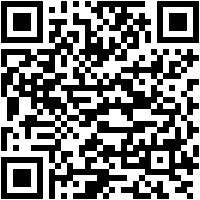 Not compatible with oppo find 5

This game was out on iOS for a while before it came to Android; using a generic leader board based on social networks means you can compare with everyone else playing the game, not just those on the same platform.