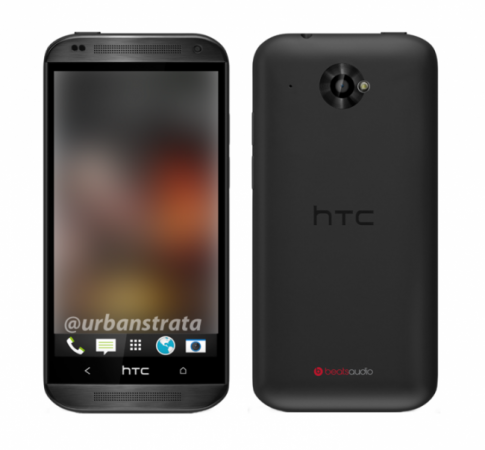 If you like your phones plastic and mid-range the upcoming HTC ‘Zara’ is probably right up your alley. @evleaks has posted a picture of the upcoming phone along with the specs.

The Zara will come with a 4.5″ qHD 960×540 resolution screen, 1.2GHz Dual-Core Qualcomm Snapdragon MSM8930 – the same CPU found in such mid-range phones as the HTC One VX, HTC One SV and Samsung Galaxy Express – it will also have 1GB RAM, 8MP camera, 2,150mAh battery, Beats Audio and be arriving in Q4.

The most interesting part of the leak is that the phone will come with Android 4.3 with Sense 5.5 on top. What will be included in Sense 5.5 is unknown and where they choose to go with it is purely up to HTC, however the trend from Sense 4.5 onwards has been one towards toning Sense down.

It’s unknown exactly where the phone will be released, it could possibly follow the Desire line of phones in being released in and around Taiwan and surrounding countries or it could emerge in a wider release.

Do you like the look of the HTC Zara?