What if you could have a performance vehicle for the price of a compact city car? Say, a Porsche 911 for the price of a Volkswagen Golf. I’m guessing you would probably go for that, I know I would. This is exactly what Google are trying to offer in their Nexus line. I’m probably straining the car metaphor a fair bit but there’s no doubt Google are aiming for the best Android small tablet experience at the tightest possible margin.

Other competitors have been content to put inferior technology into their small tablets to cut down on cost. Google, along with partner Asus, aren’t having any of that sort of compromise.
Mind you, performance cars sometimes have irritating quirks, like inconsistencies or quality issues that are the cost of aiming for outright performance with new technology. In Google’s case; aiming for the sky on a budget.

We saw this in last year’s Nexus 7. After a few months of solid use the IO performance began to degrade due to nand storage and controller issues. Many also pointed the finger at Nvidia’s Tegra 3 power plant as being inadequate to supply the raw compute to keep the tablet performing as it did when new. Although some of these issues have been addressed with updated software Google would need to up the ante this year to deliver something better.

To get a feel for whether or not Google will succeed in gaining your hard earned, lets start off with what we liked and what we didn’t like.

Version 4.3, the latest and greatest from the Android Team is onboard the new Nexus 7 and you wouldn’t expect anything less. Bear in mind that (at the time of writing) there are two Android updates available for users of the Nexus 7, and first time users should be prepared to install these fairly early in the process to make the most of their device.

In addition to the “photo realistic” accelerated 3D graphics upgrade to OpenGL ES 3.0 (an Industry Standard first on Android among mobile platforms) this new dog brings a few other new tricks. Among them FSTrim, which is a little bit like defragmentation of a Hard Disk. Although, it’s quite different in that Trim for eMMC storage doesn’t repack the files in a more efficient manner but rather collects the garbage files when your device is idle and has at least 70% battery.

In a smartphone and tablet the unnecessary garbage is then wiped away so the storage controller doesn’t need to waste time and CPU cycles addressing it. It’s a bit like wiping clean some work on a blackboard that you’re finished using so your eyes don’t have to search as much for what you’re looking for. This means that over time your Nexus 7’s storage IO performance shouldn’t degrade.

Another software upgrade specifically for tablets is Restricted Profiles. The new Nexus 7 and older supported tablets will allow you to set up a user account with restricted privileges so that you can share your tablet with someone else, a child for example, and be able to control what apps and features that other user has access to. Faster user switching is also available in Android 4.3 on your new Nexus 7.

One more thing of note is background Wi-Fi location. This means your tablet can gather location information even if your Wi-Fi is switched off. This allows for more efficient use, leading to better battery life.

With my current setup I’m getting about 3 days of use with about 8 hours of screen on time (I only use the tablet with the display on for 2 or 3 hours per day) which is pretty decent. However, I don’t power the tablet off when I’m not using it but I have gone into the Wi-Fi settings and turned off “Network notification”, set “Keep Wi-Fi on during sleep” to Never, turned on “Scanning always available” and kept “Wi-Fi optimisation” turned on. Brightness generally stays on Auto although I sometimes increase it a little as the default is occasionally too low.

I have 2 GMail accounts installed and the usual spattering of social networks installed which are generally set to default. While the display is off the tablet uses almost zero battery. When left overnight it will only use 1 or 2 percent battery – awesome, no wakelocks! Games tend to use nearly 15% battery per hour whereas YouTube tends to use closer to 10% per hour. Email, Browsing, Messaging and Social networks tend to use a little less than YouTube.

I reckon you could probably squeeze close to 12 hours of continual use out of the tablet if you dialed the brightness right down and didn’t do any gaming. Straight out out of the box I could see Google’s claim of 9 hours of video or 10 hours of browsing being about right.

There are a few things of note to consider if you are going to purchase this tablet:

Should you buy one? If you’re after a small Android tablet that beats the other’s hands down I say a resounding Yes! The only other smallish Android tablet you might consider is a bigger one. The Samsung Galaxy Note 8.0 offers stylus related features, decent performance and a Samsung ecosystem of accessories and content deals no other Android Manufacturer can match. But those things aside the new Nexus 7 beats the pants off it.

Will you be buying one?

We expect to see the new Nexus 7 hit the Play Store in the next couple of weeks with a price somewhere in the realm of $269-$299 for the 16GB Wi-Fi model plus another $50 for the 32GB model. Until then, you can check out some of the other methods of getting your hands on one a bit earlier from MobiCity, PLE – pre-order now with availability late August, Kogan or B&H PhotoVideo.

Review: ECOVACS DEEBOT U2 PRO, a robot vacuum for the pet household? 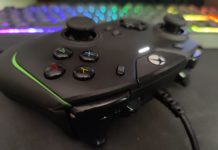 Excellent review mate. Very in depth and well written. Makes me feel as if I know this product inside out already 🙂

weird request….but could you provide a link or share that wallpaper. Its nice

Sure. Get it here http://interfacelift.com/wallpaper/details/3014/green_lake.html

Sure. Get it here http://interfacelift.com/wallpaper/details/3014/green_lake.html

weird request….but could you provide a link or share that wallpaper. Its nice

Nope. My expensive Belkin case doesn’t fit because the new tablet is longer, slimmer, narrower, different shape, etc. I’m guessing you’ll get it into a sleeve if it’s long enough.

Want one of these as I’ve broken my old Nexus 7 (dropped too many times). But need LTE….has to have LTE!

Yep. I’ll be selling this Wi-Fi version when the LTE model is available.

Love it, but I wish they’d cut some corners….specifically the ones at the top and bottom! The bezels are just ridiculous; particularly with Android’s on-screen buttons and status bar being black so the screen looks even smaller.

Superficial, I know; but they seriously bug me every time I see a picture of the 2013 Nexus 7.

I’d agree with you there. Not a deal breaker but quite an eyesore. Otherwise it looks quite classy. Are you tempted to buy one AXiDER?

Definitely tempted…but one of the things I enjoy most on tablets is gaming, and as a result I’ve stuck with the iPad for the past few years since Android still has a bit of catching up in that area. Also means I’m in the trap of having spent a lot of money on iOS apps I wouldn’t like to lose. The main thing for me is just the size. I can see it being great for a lot of people, but since I’m using a Galaxy S4 with a 5-inch screen, 7-inch doesn’t present all that much difference compared to… Read more »

Definitely tempted…but one of the things I enjoy most on tablets is gaming, and as a result I’ve stuck with the iPad for the past few years since Android still has a bit of catching up in that area. Also means I’m in the trap of having spent a lot of money on iOS apps I wouldn’t like to lose. The main thing for me is just the size. I can see it being great for a lot of people, but since I’m using a Galaxy S4 with a 5-inch screen, 7-inch doesn’t present all that much difference compared to… Read more »

I’d reckon it’s worth checking out smaller tablets in the 7 to 8 inch range, especially for gaming as they are lighter, producing less hand and wrist strain. Shouldn’t be too long before you can wander into a retail store and have some free play with the new Nexus 7.

I’d reckon it’s worth checking out smaller tablets in the 7 to 8 inch range, especially for gaming as they are lighter, producing less hand and wrist strain. Shouldn’t be too long before you can wander into a retail store and have some free play with the new Nexus 7.

Android doesn’t have finger rejection so some bezel would be nice. Especially watching a movie, I don’t always want to hold a tablet in a specific way. It is a plus for me.

Another good point billchen0014. So far I’ve not bumped any of the on screen buttons – the extra bezels help with that I’d say.

Isn’t the new Nexus 7 actually longer than the 2012 model though? Were there any issues with accidental touches on it?

Yes. It is longer and so far there have not been any accidental touches.

I can see why Apple did tout the finger-rejection for the iPad mini. I’ve accidentally open links by accident among other things when holding it one handed. I’ve also had the multi-touch bug (www.engadget.com/2013/08/13/2013-nexus-7-multitouch-bug/) and I’ve found it that it doesn’t work well with my ‘capacitive’ gloves. I’ve never had issues with my gloves until the Nexus 7.

Please ignore the part about haptic feedback which is incorrect and will be removed soon.