Welcome to the fifth edition of our Beautiful Android series, in which we highlight some of the most beautiful and useful applications available for the Android platform. As you’ll see below, Android has truly come a long way since Google began its focus on design with Ice Cream Sandwich, and these days, it seems like more applications are making use of the Android Design Guidelines than not.

Below are five applications that we feel exemplify the three overarching goals of Android design – enchant me, simplify my life and make me amazing.

As always, you can see all the applications that we’ve reviewed on Beautiful Android by visiting our Playboard channel. There are no shortage of weather applications on the Play Store, and the majority are quite good-looking, but as its name might suggest, Aus Weather is tailored specifically to Australia, and pulls data from the Bureau of Meteorology to give much more information than any of its rivals. Obviously, you can get the current weather conditions and a seven-day forecast, but also humidity levels, air pressure and windspeed as well as rainfall probabilities. There’s a separate tab dedicated to warnings, such as UV and fire danger but also any relevant weather warnings such as high winds or floods. You can also access the Bureau if Meteorology’s weather radar maps, for Doppler wind and rainfall. There is also the option to enable weather notifications, which not only gives the current weather, but also a four-day forecast for quick reference.

On top of all that, Aus Weather is wrapped up in beautiful Holo clothes, the default theme being Holo light with a lovely blue action bar and accents, but customisable with seven different themes, including Holo Dark for those of you who are into that. The developers have also implemented the slide out navigation bar to quickly change locations. 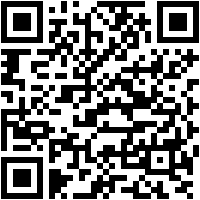 I’ve been using Duolingo since it was a lowly web service in beta, and it’s fantastic. Duolingo takes a gamification approach to language learning with levels that need to be completed with a certain level of competence in order to unlock subsequent levels. In each level, you have three hearts, and with each mistake you lose one heart. If you lose all your hearts before you finish the level, you fail and have to retry. The more hearts you finish with, the more coins you get at the end, which can be used to unlock further levels. Trophies are awarded at certain thresholds, and depending on your performance in the levels leading up to the threshold, you will be awarded a gold, silver or bronze trophy.

The Android application was released a long time after Duolingo went live, but it made it a lot easier to keep ‘playing’ every day, because I didn’t have to make time to sit at a computer and go through a couple of levels. The application makes use of notifications in a variation on the Seinfeld productivity method, reminding you at a defined time each day to jump into the application and play a level. The application keeps track of how many days in a row you’ve played, and you just don’t want to break the chain.

A recent update to the application brought offline mode, so you don’t have to be connected to do the lessons, and you can make your morning or evening commute much more productive without having to chew through all your data allowance. There aren’t any ads in the application in case you’re wondering how they make money, users are given challenges, where you translate small sections of text from your chosen language into English, and these translations are actually commissioned by companies and Duolingo is paid for the service. It’s a really unique and innovative way to make money, while helping you develop useful skills without advertising or selling your personal information to devious third parties. Like weather apps, there are a million and one file explorers on the Play Store. Unfortunately though, most are hideous and/or too complicated for my use. I don’t need a lot of features in a file explorer, I generally only use it to install applications or move data around on my storage partition and Sliding Explorer is perfect for these uses. Not to mention that it is gorgeous.

It uses a couple of different weights of Roboto to delightful effect, and the slide-out navigation menu is used to display a list of your ‘favourite’ directories for quick access. It’s disabled by default, but there is a setting to enable ‘root explorer’ mode if your device is rooted. I have tried nearly every file manager application on the Play Store, and Sliding Explorer is perfect for my needs. I hate the default Android alarm tones. On my old OG Galaxy S, I used to have an alarm tone called ‘Medieval Jaunt’ which was fantastic, but the tones that Jelly Bean comes with are all roboty and future-sounding, and that’s not the way I like to wake up in the morning. This is how I happened upon Timely.

Timely is truly one of the most beautiful applications I’ve ever seen on Android. It’s all very Holo, but it’s heavily themed and makes use of its own animations and transitions to give the clock application some extra pizazz that’s missing from everything else. The layout of the application is very similar to the stock Android clock, but there are many more alarm tones and 25 different themes to choose from. If that isn’t enough for you, you can also create your own with the built-in tool. Alarms can be configured to slowly wake you up over a defined time period by gradually increasing in volume, and all of your alarms and settings can be synchronised across devices.

There is a free version of Timely, which has 5 themes and 7 alarm tones, and the rest are unlocked with one in-app purchase of $3.49. The free version will also display ads after 5 days, and doesn’t support device synchronization. I spent 7 years at uni, most of which was before Android was even a thing, and I sure could have used an application like Timetable. Timetable is exactly what it sounds like – an application to keep track of your subjects, and what time you have classes. It’s a lot easier than the Excel spreadsheet I used to compile at the start of every semester and have to carry around with me for a couple of months until I remembered where and when I had class. Not only does it keep track of your class schedule, you can also enter any homework, exams and assignments that are due and all of this information is synchronised across devices. And remember that time you accidentally forgot to switch your phone to silent and had a phone call loudly interrupt one of your lectures? Timetable prevents this kind of embarrassment by automatically silencing your ringtone when you have class.

The application looks great on a phone, but its tablet interface is really beautiful with big coloured blocks showing your weekly timetable as well as a pane that lists everything you have to do for the day, including classes and homework. Timetable has home and lock screen widgets and supports Dashclock. 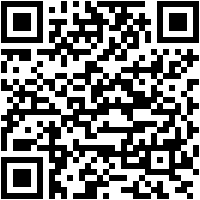 Keep the Beautiful Androids coming! Didn’t end up getting any of these this time- I already have other apps that I am happy with that have equal or better functionality- but always happy to hear about beautiful apps!

Keep the Beautiful Androids coming! Didn’t end up getting any of these this time- I already have other apps that I am happy with that have equal or better functionality- but always happy to hear about beautiful apps!

Thanks, glad we could help!