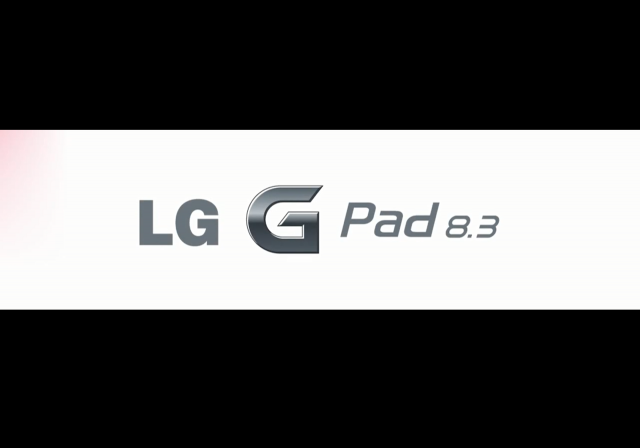 We first heard of a new LG Tablet called the G Pad in a rumour only a couple of weeks ago, now it seems that LG has begun teasing the upcoming tablet officially, releasing a video to YouTube where they ask people in the street – What would make a tablet just right for you?

While we got a look at a nice logo and ideas on what LG are aiming for when releasing the G Pad, we didn’t actually see the tablet, but in a render from Korean blog MovePlayer, you can see the G Pad sized up against the LG G2.

It’s not a bad looking design, although a tablet that’s rectangular with rounded corners could attract some undue attention in the long run if it shows any degree of success, which LG are surely hoping for after the not so successful LG Optimus Pad.

Spec wise the LG G Pad 8.3 should come with a 8.3″ full HD Plus 1920×1200 resolution screen and given the G monniker be powered by a Snapdragon 800 SOC, although a non-LTE version could quite happily come with a Snapdragon 600 and be quite snappy in responsiveness.

The current rumour is for a launch at IFA in early September. The trade show in Berlin is certainly shaping up to be quite the hotbed of new product launches. No announcements or press invites have been sent out for an event at the trade show but there’s still time.

So, the question is – What would make a tablet just right for you?

Much prefer the Snapdragon 800 for a high res device.
I have no issues with any function of the 600 in the HTC One, but the Adreno 320 is quite limited at the fullHD native resolution.
The Adreno 330 in the 800 would be a very welcome upgrade.