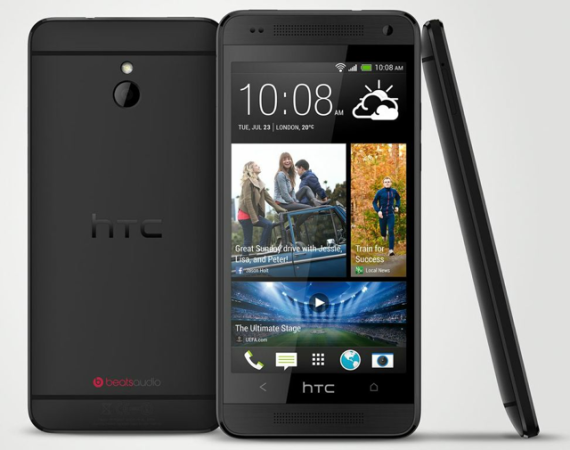 Announced by HTC back in July, the HTC One Mini is a pretty hot little phone and HTC has just announced that the phone will be available on Telstra and Vodafone.

Telstra is advising on their Exchange blog that they will begin selling the Silver version of the One Mini from the 17th of September on their $60 ‘Every Day Connect’ Plan with an additional $2 handset repayment on top every month. The phone will be available to pre-order from the third of September and include a Beats by Dr. Dre Pill Bluetooth Speaker for the first 500 pre-orders. Telstra has also advised that the handset would be available for purchase outright for $480 from the 17th of September as well.

Vodafone will begin selling the HTC One Mini in early October selling the ‘Stealth Black’ variant exclusively, but have not as yet announced any plans and it does not yet appear on their website. Pre-orders may go live at some stage and there is also no mention of any Beats related pre-order bonus, we have asked Vodafone for comment on the release and will update as soon as we have futher information.

The One Mini does have a few compromises when it comes to being the Mini version – CPU, RAM and on-board storage have all been downgraded or reduced and the phone has no NFC, IR Blaster or Optical Image Stabilisation(OIS) for the Ultra-Pixel Camera. It’s a bit of a compromise when it comes to features as you do get the HTC Zoes and Blinkfeed that HTC is pushing but without the OIS for the camera, the low-light advantage of the Ultra-Pixel Camera may be lost, we’ll be attempting to get a review unit of the HTC One Mini as soon as we can.

It’s silly Telstra only have them in silver, the stealth black look way nicer. Wanna join Telstra but might stay with Vodafone cos they have one mini in black.

Telstra pricing… what else is new!
As for Vodafone, judging by the cost of the handset and subsidies… Free or $5 extra on a $50 24mth plan.

Unless it’s got a really good price, the 1GB of RAM is a big fail. Users who install a lot of apps and use widgets will find their phone slowing down over time. I should know, I have a One X 🙁

Price it around $40-50 on contract with Vodafone and I’m sold.