Home Mobiles LG-D820 passes through the FCC for certification, is this the next Nexus... As a Nexus fan, this is my favourite time of the year, all the rumours and leaks for the next Nexus phone are starting to appear, and we saw a massive one yesterday from all people – Google. Now it looks like the next Nexus could have just passed through the FCC in the US.

US Site – Sprint4GRolloutUpdates(S4GRU) found that a phone from LG – model # D820 – has passed through the FCC for certification and shown off Qi wireless inductive charging as well as NFC antennas. The visit to the FCC is also for radio certification, where the model submitted contains radios for :

As the guys at S4GRU note, the LTE bands cover US Carriers – AT&T, T-Mobile, and Sprint, with Verizon left out.

So, you’ll note that the only useful bands for us in Australia – without going into WCDMA vs HSPA – is the GSM 850MHz band . What does that mean for us in Australia? Not a huge amount, phones destined for the Australian market aren’t necessarily going to show up at the FCC for testing as the bands we currently use for LTE here in Australia – Band 3(1800MHz), Band 40(2300MHz{Optus in Canberra and NBN Co.}) – are not usually used in the US where FCC testing is required, nor are the bands that we have coming up – Band 28 700MHz) or Band 7 (2600MHz). 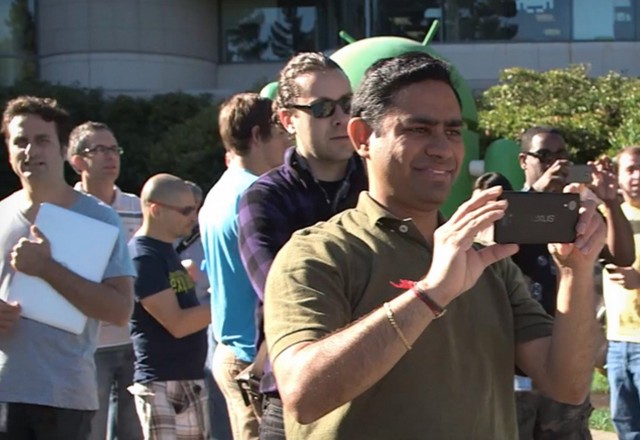 The physical device lines up pretty well with the handset we saw in the accidental leak in the Kit Kat statue unveiling the other day, and if LG are making the phone and it is indeed based on the LG G2 – a 5″ phone – then the name Nexus 5 is certainly suitable, although a recent change to the Google Nexus page noted by Android Guys where it now says ‘Phones’ instead of ‘Phone’ indicating that it’s possible that multiple Nexus phones could be inbound. 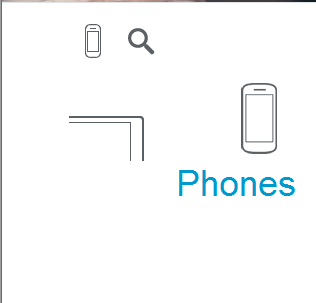 My personal theory so far is that we will actually see multiple devices – A Nexus 5 based on the LG G2 and a Nexus 4(2013) based on the Motorola Moto X.

Final thoughts, it’s not time to stress yet, if the LG-D820 is indeed the new Nexus it’s highly unlikely they would release an LTE enabled model for the US only, there is most likely a second SKU kicking round with European/Australian LTE Bands similar to what happened with the Nexus 7(2013). If however it does happen, i`m all for sharpening my pitchfork, setting my torch aflame, ready to storm the Google castle.

Update:Ok, been looking through the documents as well as checking out places like Anandtech and it looks like there is a fair amount of details in the documentation.
Software wise, there are references to ‘aosp_hammerhead-userdebugKyeLimePieFACTORYeng.sangjoon84.lee.20130618.015154’ or as it’s now known Android 4.4 – Kit Kat.

The other key thing to note is that the model# LG-D820 is similar to the LG G2 (LG-D800/D801). It’s looking real, so now we need an announcement date and just hope it’s a worldwide release instead of the staggered rollout we got for the Nexus 7(2013).

For the sake of my wallet, I have limited myself to purchasing *every other* Nexus phone… I already have an LG Nexus 4, and before that I had a Samsung Nexus S… Sorry Google, I’ll be waiting for the Nexus 6 (or whatever it’s going to be called)!

Looking good. The nexus 5 will certainly be my next phone. Nothing but nexus for me after the nexus 7. I’ve been told there is money in the budget for phones next year so this might be a late Christmas present from work! Will be an amazing jump from my limping along HTC Desire.

Have a look at what I just whipped up in CAD.

I wanted to see if the rumored phone and screen dimensions lined up with the rumored resolution, and what do you know, it all fits.

Thank you Alexei, that was really valuable. (I just re red this and it sounded sarcastic and trust me it wasn’t)

Fixed it to include the likely dimensions of the nav bar – which probably weren’t included in the leaked specs. gives it a more realistic sized bezel.

Have a look what I just whipped up in CAD… wanted to see if the measurements of the phone, the screen, and the resolution all match up… and they do.

shouldnt not be a prob…..if KLP is battery optimised 🙂

I certainly hope this is real. I’ll be getting a Nexus 5 if these specs are real.

It better stay small. No way will I be going with anything bigger than the N4. I’ve used a note 2 for 8 months and it’s simply to big

Wouldnt that ‘phones’ thing be due to the google play editions being in that section of the site? I wouldnt read into that being a guarantee that they will have a n4 successor as well.

Im on board for it if it has more than 16gb and a half decent camera (real world performance.. not what the mp count is on paper). They are the two things that make me go for the xperia z last year. Also a better loudspeaker would be nice.

Well, the HTC One and Galaxy S4 are Google Play Edition but not Nexus. If anything the Phones would refer to 8GB/16GB. But hey, nice to dream 😉

If these specs are legit and there is a 32 GB (or even better 64) version and the camera is fast and clear in low light (and if the G2 is any indication it may not be market leading but it would be the best Nexus camera thus far) ladies and gentlemen this is my new phone.

My struggling old SGS is in dire need of an upgrade, and after just purchasing a 32GB Nexus 7 (2013), there’s no way I’ll be purchasing anything other then pure Android again.

Just get the discounted Nexus 4 if you’re in a rush. It’s certainly what I’m considering doing to upgrade my SGS2. If you’re coming from a SGS1 that’s a phenomenal upgrade for only $300 (get the 16Gb version, don’t even bother with the 8Gb).

hmm something else just clicked to me..

In the images, the 4 metal circles arranged in a square could be magnets, for ‘snapping’ the device to a wireless charger.

That would certainly help with the issues of phones slipping off being reported with the Wireless Orb charger. Shame…..I just ordered mine from the US.

yeah a mate has the official charger for his, from U.S. it’s totally useless. phone will fall off every time withing the first minute of being on charge. he uses a door wedge on his desk to make the charger sit flat.

What you’re seeing is the inside of the back case with the antennas exposed. Reverse that and it’s on the same side.

Thanks for the clarification. If I look at these photos on my phone in think I should expand them or wear glasses 🙂

I also don’t think it is the camera in the pic, not because of the backplate rotation for the FCC certification, but because of the size of the space between the lens hole and the flash hole. With the LG up for certification, it’s a smaller looking distance than what is in the framecap from the Google video.
As well, note the curved top and bottom of the LG, compared to the straight ends on the Nexus.

I also noted the differences in the cases, but thinking it may be a test case, such as what Sony/Samsung use. Although why they would go to the trouble of putting NEXUS on the back of a test case is beyond me.

I’ve been hanging for an LTE Nexus device since the Galaxy Nexus… Please release an AU compatible version! PLEASE!

Also I’m ready for a giant phone. 5″ will be fine, but I could go bigger even 🙂

Noooooo 32 Min on a flagship
Even Apple have figured that out. Cloud streaming is an unrealised dream. try to stream your music form the middle of a Hospital (or shopping centre) I dare you. Never mind paying for the downloads.

🙂 No worries. If there is a 32Gigger it will be my choice.
I was only suggesting that Google Play tends to present the different memory sizes as separate phones.

My current phone has 16GB onboard + a 16GB memory card, and it’s kind of full. It’s made complicated by the separated memories.

I hear you. I can not understand why Android OEMs keep low balling in the Storage. at least many non nexus devices come with SD to expand but to be honest I could fill a 32 leaving me with no space for pictures or upgrades.

I need this ASAP…..was using Dell Streak 5″ till last year (My first smartphone) and then Xperia Z 5″ till now and now the screen was cracked and became non responsive, So need a new phone now…..which must be 5″….plz google make is no bigger than 5″

The only thing not making me regret buying a Nexus 4 a couple of months ago (yes I missed the price drop too!!) is the Nexus 5 looks as thought it’ll have a 5″ screen. Personally, that’s way too big for me… I do miss 4G though!

I’m on the other side of this, second guessing if I should buy the Nexus 4 while it’s still available

For what it’s worth, I love my Nexus 4! You wouldn’t have too much trouble selling it if you fell in love with the Nexus 5 when it comes out…. just a thought!

Me too, Greg! Although the relatively poor camera performance on the Nexus 4 is the one factor that has me holding off.

With the biggish bezels and the 5″ screen I think the Z1 will be a tad too wide for me. Otherwise I wouldn’t even care about the upcoming Nexus 5 or 4 (2013) [whatever it’s called].

The only thing stopping me from buying a Nexus 4 with the price drop is the 5MP camera.

I can understand that, but honestly I think the camera is pretty good.

Yeah, I’m sure I could live with the camera. At that price everything else is awesome 🙂

It’s an 8MP camera on the Nexus 4. Still pretty average shots, but if you’ve got time to frame your shots and take time it can do a pretty good job actually.

Thanks, my bad. Does anyone have experience with how the Nexus 4’s camera compares to a Samsung Galaxy S2?

Wife had the S2 – I’d probably rate it a little better quality wise but the Nexus 4 is faster at taking the shot.

Thanks for the feedback. I’ve just changed my phone plan and all but convinced myself that a Nexus 4 would be a good upgrade. One last concern is battery life. Anybody want to share their battery life experience now that Android 4.3 is out with a few bug fixes? The battery life seems to be complained about more than the camera quality these days. I don’t want to buy a phone where the battery dies quicker than my SGS2.