Alcatel have continued their android One Touch series of devices with the One Touch Hero, a huge 6″ smartphone thats seems to take some key points from Samsung’s Galaxy Note series and Sony’s recently announced Xperia Z Ultra.

Alcatel are really looking to try and claw some of the marketshare that Samsung have created with their Galaxy Note series with the One Touch Hero, as the device comes with with a stylus, which comes housed in a special S Pen like holster on the bottom of the phone. 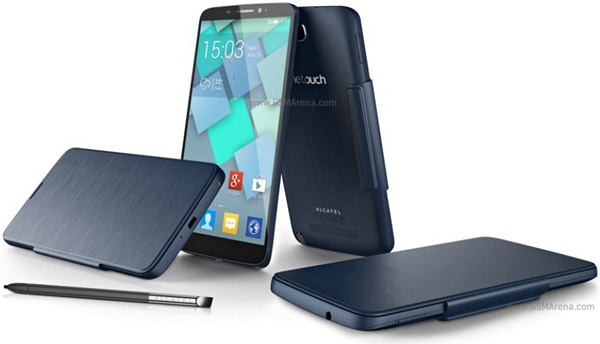 The full range of specs included are:

It is believed the device will come in both 8GB and 16GB with Alcatel possibly hinting at both a single and dual sim devices.

Alcatel have not indicated if/when or where the device will eventually launch, but we will certainly be keeping an eye out for any additional news from Alcatel.

So what do you think about the Alcatel One Touch Hero? Can it possibly take on Samsung’s Galaxy Note series? Would you consider buying the device? Tell us your thoughts in the comments below

It’d be tough to take on the Note 3. It doesn’t have anywhere near the processing power, and I didn’t see any mention of expandable storage, so maybe they’ll try market it as a cheaper Note alternative?

I have the Note 2, which I’d probably still recommend over this, particularly if it gets an upgrade to 4.3 soon.