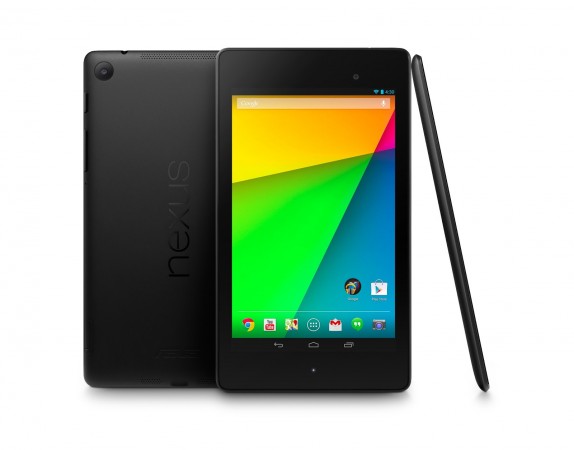 Ausdroid reader Yehia has told us that he has purchased the 4G variant of the newly released Nexus 7 (2013) today at JB HiFi in Hornsby, and while he noted that they don’t have any display stock at the moment, all that’s required is a quick request to one of the friendly (we can confirm this, they _are_ friendly in Hornsby) staff and they’ll grab one from out the back for you.

If you’ve been holding out to grab yourself the Nexus 7, but wanted to wait for the 4G version to hit shelves, your wait may now be over. We’re expecting the Nexus 7 (2013) to be available from Google’s Play Store today as well, but as yet, this hasn’t landed.

Head into your local JB HiFi store and let us know if you’ve seen the 4G tablets, or if you’ve asked them if stock is available. We’re keen to get the word out!

Got the 32Gb Nexus 7 2013 LTE at JB Hi Fi in Mildura last Friday. First Android device and am loving it so far.

I bought 2 x 32GB Nexus 7 (2013) Wifi last Saturday (election day) for $325 each from JB Hi Fi in Eppin Plaza Shopping Centre in VIC. Also confirmed that Harvey Norman in Thomastown had stock as well, but they all only had 32 GB Wifi with the 16GB expected soon. I haven’t had it for long but first impressions are very positive. It really does feel a class above the old version. It’s definitely not like a budget device at all. Two things immediately strike. Gorgeous screen and stupendously fast operation. Don’t know if it’s because it’s new but… Read more »

Harvey Norman Auburn had them but not on display in the warehouse. I had to ask staff to check inventory as they were not aware

hhmm so very tempting. I wonder if Sammy will bring down the price of their 4G Tab 3 8″ from just over $500 to compete.

was just at the jbhifi store on elizabeth st in melbourne and a lady asked if they had the model. at first sales guy almost said no but decided to check some of the stock cupboards and voila they had it (apparently they just got it). it was going for $438

Plenty of whirlpoolians got one last week. I grabbed one from Harvey Norman on Saturday. The stock level is on their website.

Wow – 4G into customers hands before the USA? colour me impressed