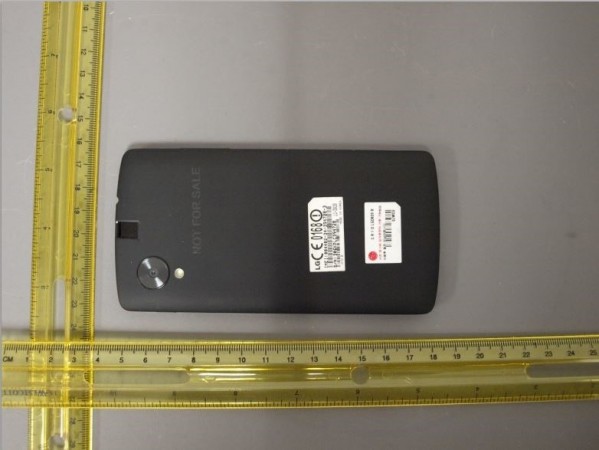 It seems that the Nexus 5 just can’t stay under wraps, possibly still suffering the after-effects from its night out in a bar, the LG-D820 – the phone that is suspected to be the Nexus 5 -has dropped past the Wi-Fi alliance for some local wireless certification.

The LG-D820 has been certified in two versions, the LG-D820_C and the LG-D820_S. It’s extremely difficult to tell anything about the difference between the phones based on this certification and the model numbers alone – these could be GSM/CDMA/LTE variants, but who knows. What we can tell is that the LG-D820, will come with Dual-band 2.4GHz/5GHz 802.11 a,b,g,n,ac Wi-Fi.

It’s time to note that the LG-D820 has not been confirmed as the Nexus 5, indeed the name Nexus 5 has not even been confirmed either. The strongest rumour we have is that the a new Nexus phone will launch with Android 4.4 Kit Kat on the 14th of October, but even that is still, just a rumour. The Nexus 4 sold out completely in the US today in both 8GB and 16GB configurations and Google has advised that the phone will not be re-stocked, so a new Nexus phone can’t be too far away.

How can anything be kept secret if it is displayed in detail on FCC and Wifi Alliance sites? While I am grateful for the look, I’d find this frustrating as the manufacturer.

Looking forward to this. Please no local delays!

A Nexus that comes in 5C and 5S variants? Someone’s not gonna be too pleased about that 😉

I want it yesterday

I hope Google don’t pull the same stuff they did with the Nexus 7 where it was delayed locally. I want this phone and I want it now!