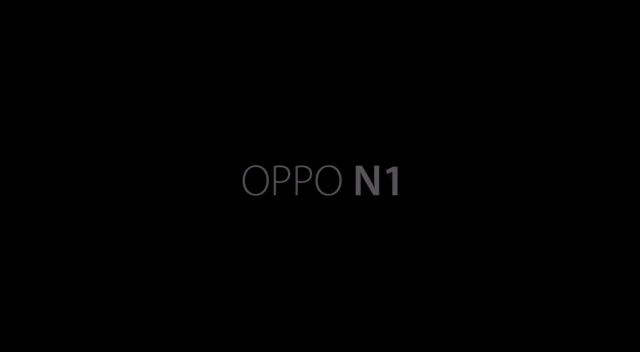 The announcement by the Cyanogen Mod team that they had incorporated and begun raising funds with the aim of releasing official hardware at some stage, began speculation at the time as to which hardware manufacturer would be bringing out the first Cyangogen Mod phone. From a video featuring Cyanogen himeself – Steve Kondik – teasing the launch of the Oppo N1 on September 23, it appears Oppo could be the one.

The video which sees Steve simply stating that he is looking forward to attending the Oppo event on September 23 and then saying ‘We have exciting news ahead.’ It certainly points to the N1 being the first phone. See for yourself :

The Oppo N1 is rumoured to have an aluminum unibody design with a 5.9″ display, 12MP camera with ‘N-lens’ and Xenon Flash as well as touch controls on the back of the phone. Rumours suggest that it will have a Qualcomm processor, but vary from a Snapdragon S4 Pro to a Snapdragon 600 or 800 depending on the source.

@EVLeaks possibly gave us a look at what could be the Oppo N1, although the caption of ‘Another Mystery OPPO’ doesn’t really give huge amounts of confidence to this being the N1.

However, further leaks from Weibo show that the phone could certainly be the N1 and also adds some rumoured specs to the mix – 2GB of RAM, 16/32GB storage, as well as a 2,500mAh battery. The launch in China on the 23rd of September is going to be an interesting one to say the least, we look forward to seeing exactly what both Oppo and Cyanogen have in-store.

No thanks. I’m boycotting CM after Kondik and Koush tried to screw hundreds of developers who contributed to CM. I have just replaced CM with Paranoid Android.

After reading on Ausdroid today about what was done to Guillaume Lesniak and his Focal camera app, a Cyanogen Inc Oppo N1 is permanently off my shopping list.

If it’s a reasonable price, I’ll likely buy one to support Cyanogen which has (despite various ventures to others) remained my favourite ROM for Android.

No so sure on the 5.9 in screen and I doubt it will support Australian 4G… But staff member here matt booth loves his note 2 so I’m willing to give it a shot. I will no doubt buy one (if under $650) just to support their venture. (it’s a slightly higher than the standard donation to a developer but this venture could definitely chance whole android landscape. Imagine if HTC offered a cm version of the HTC One just as they do the GE.