Home News and Editorial Did The Australian Version Of The Moto X Just Visit The FCC? 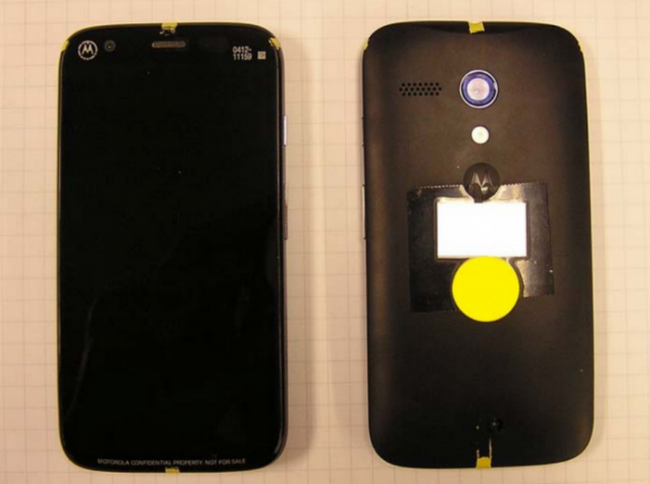 Earlier this year on March 13, Ausdroid reported that we had been tipped off about a rumour that the Moto X would not be coming to Australia due to the limited size of our market.  Motorola apparently wanted Telstra to commit to 25,000 devices but they would only agree to 15,000.  The part about Australia missing out on the Moto X was unfortunately proven to be true when the Moto X was released and we were snubbed by Motorola.

At the time it was rumoured that a different version (read “stripped back and cheaper”)  of the Moto X would be made available internationally thanks to Motorola CEO Dennis Woodside’s comments.

At the time of the original tip we were also tipped that:

“In lieu of the Motorola X, it seems Australia might be getting a phone known as the DVX, a quad core device but on the cheaper scale of things in other respects. This device —possibly the one that The Verge wrote about earlier today — is rumoured to be a multi-carrier mid-range handset, rather than a Telstra exclusive top-shelf handset.”

At the time there were no other rumours of the DVX.  Yes, you heard it here first!  Today a phone codenamed the Motorola DVX passed through the FCC, again.  Last time a Motorola phone appeared at the FCC a reddit user dug into it and found that one of the codenames belonged to a phone called the DVX.  The phone is a GSM device, not CDMA so could well be the device coming here.  At this stage that is all that is known about the device but after hearing great things about the Moto X we can only hope this phone is not too far-a-distant cousin of the Moto X.

As of tomorrow it is officially 12months since Motorola has launched a phone in Australia so I think Motorola had better hope this DVX is firstly on the market here in Australia very soon and secondly that it is a halfway decent device before they become even more irrelevant in the Australian market.

Are you interested in this Moto X version or are you not enticed by a cheaper, stripped down version of the Moto X?

If I bought one from the USA, there’s no way a Moto X would work here, right? There’s no simple mod you can do?

Technically one of them will work on the Australian 3G/HSPA network but none of the LTE bands inside are compatible with our LTE networks here in Australia.

I want the Moto X. I don’t care if it’s expensive as IT IS the future.

I don’t want some cheap cousin as a replacement. Telllllllllllstra!

The thing will be DOA, especially if they charge a premium for it like the Moto X in the US

I agree but after looking at the carriers plans this is something they could put on a cheaper plan. eg. my parents certainly do not need to be paying $60 a month, and do not need a high end device. If telstra etc were to price this decently on a $40 plan it could do very well

or wait a few weeks and get a nexus 5. @JeniSkunk:disqus The reason that the motox didn’t go anywhere outside America is one of its features is it’s assembled there as a “buy local” thing, and also lets it be customised and shipped in 4 days….. There was no snubbing with this one. But you’re right, we always get the raw deal in Australia, and then telstra or optus take that raw deal, leave it out in the sun for a few months so the flies and what not can get at it, chuck a bit of plastic fake parsley… Read more »

Nexus.
No storage expansion.
No sale.

i personally prefer the lack of expandable storage now- i just need 32gb please google. less confusing having onboard storage only but 16gb just wont cut it anymore- even with cloud music/storage etc. If you want to install a few games your 16gb fills up pretty quickyl

My current phone does not take an sdcard and I personally hate the fact that if the phone dies, and I have not synced my files they will remain on the device forever…

With an sdcard I can simply remove it and place it into my new phone, sure the sdcard could fail and land me in the same situation however ive yet to have this happen since the HTC G1 days (and that was due to caching on the sdcard)

The spec war might be “dead” in 2013 but if you carry your phone for more then 12 months and want snappy performance then I’d keep it alive.

If that Googlerola DVX does come to Australia, I really hope that Australian connedsumers snub it, as payback for Googlerola snubbing Australia with the real MotoX

Consumers have the right to buy whatever they want. You don’t know the specs so it could be just as good.

First of all, I expressed the hope that Australian connedsumers would not buy the Googlrola DVX, not that they must not buy it.
Second, Googlrola’s statements made at the launch of the MotoX were that other markets would get ‘exciting and cheaper versions’. How can a cheaper device not be anything other than a crippled and cut down version of the real deal?

It could end up being released as a mid to low range phone. And we don’t know what they are cheaping out of. Keep your narrow minded opinion to yourself until we know the facts

Not sure I understand your beef with Googlerola on this one. They are an American company; their Global Reach is only because most of their product is online.
I hope Americans don’t Boycott Ug Boots because they’re more available in Oz!!