As LG and Samsung trade blows on their home soil of South Korea, Samsung landed a stunning blow when it was recently rumoured, then confirmed yesterday by Co-Chief Executive Officer Shin Jong-kyun, that they would be releasing a Galaxy Note 3 with a curved screen “as early as next week”.

Now LG has struck back with their own announcement of a “flexible” display series of phones called the Z. The LG Z is already in production, and will be launched before the end of October.

At the current stage of production of flexible displays, the term doesn’t mean a screen that is actually flexible, but rather in the manufacturing process the display has been “flexed”, or curved around the edges to produce a screen with no bezels. With clever software, the edges of the screen can display a running ticker tape with notifications that can be viewed when a smart cover is closed over the face of the phone, allowing the user to peek at the messages without opening it. 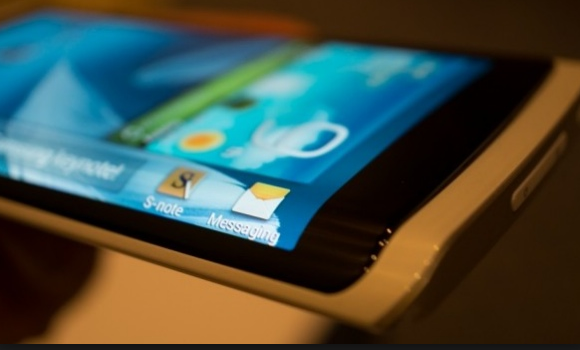 Whilst both companies have been big on the rumours and announcements, they have been rather coy on revealing the actual phones. They are probably playing a game of brinkmanship, with both rushing the product to market in an attempt to outflank each other in the technological battle. It is believed that both phones will be South Korean exclusives, as the difficulty in manufacturing may lead to small volumes of displays produced presently.

What do you think of these curved displays? Let us know in the comments!

Cannot comment unless we actually see the product, might not appeal unless it is integrated with Note series for better usability IMO