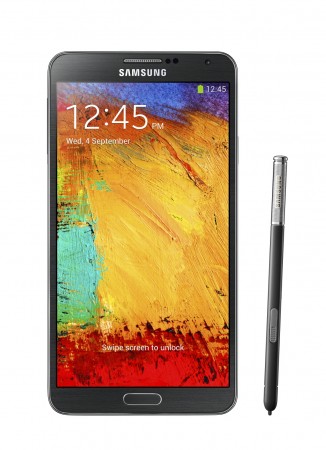 When the much anticipated Samsung Note 3 was released recently in Europe and the US it came with a sticker on the box stating that the Note 3 could only be used with a sim card from the region it was purchased in.  This provided an issue for those intending on purchasing it from one of the UK or overseas sites and then using the phone here in Australia. Samsung have told us that that this is not the case for those sold in Asia or Australia. 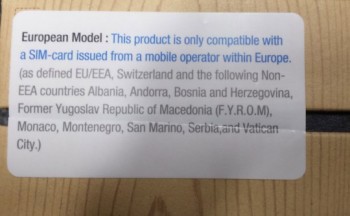 As per usual, whenever a company comes up with a way to thwart users from using the device how they want to use it, the developers are all over it quickly.  In this case, the well known developer, Chainfire has found a way around it.  Chainfire is well known for his work with triangle-away, CF-Auto-Root, SuperSU, and Mobile Odin among others, so to say he is a trusted developer in the Samsung space and his apps can be relied upon to work as they say they do is no small thing.

Chainfire has been hard at work on the Note 3 as it was getting CF-Auto-Root working for it and attempting to get around Samsung’s method for determining if a phone has been flashed with a custom rom, the dreaded triangle, with Triangle Away.  Now today he has released an app called RegionLock Away that unlocks the region lock Samsung have installed on the Note 3 and plan on installing on all future devices once 4.3 is released.

While he notes that the region lock can also be defeated by obtaining a sim unlock code which can be found for ~$20 from many sites online (I have personally used these successfully many times in the past) his app does the same thing and is only $2.99 on the Play Store.  There is a free version on XDA although I would recommend you get the paid version for less than the price of a Big Mac and support a developer looking out for end users.  The kicker is that you will need to root your Note 3 (or other device in the future) for this app to work.

Chainfire himself recommends that you DO NOT root your device just for this.  If you want to region unlock your Note 3 just buy a sim unlock code online but if you were going to root it anyway then this seems the way to go.

Chainfire notes also that it was a quick hack and “not the most robust method that could be made for this” and it is possible for Samsung to disable it in a future update so to use it while you can.  Go and grab the app now if you have one or bookmark it for when your Note 3 arrives.  Score one for the good guys.

The app was not found in the store. 🙁
Go to store Google websearch
RegionLock Away’ theme=’light’ lang=’en’]

Will this change your mind on where to get a Note 3?

This is the English translation of Samsung comment, shamefull We assure you that the pleasant and smooth user experience for our customers with Samsung products is a top priority for us. Of course, we take customer feedback to heart. The fact that the regional SIM Lock function ensures this degree of uncertainty , we did not expect . Therefore, we collected and analyzed the many questions in the last days. The regional SIM lock feature on the latest Samsung products will remain in place. We are currently examining intensively However , how can we optimize and simplify the procedure for… Read more »

I’m still not going to buy Samsung. They need to get rid of the region lock and get over this foolishness.

the UK has always been stupidly expensive anyway.
I get all my Samsungs from HK for nearly half price so until there comes a time where i’d like to pay more than what sad old Australia sells it for, and months later, then i’ll worry.

The point still stands that Samsung are more than willing to F over the consumers.

Method or no method, I’ll not be recommending Samsung anything to any friends based on this.

Excellent news. He’s just done Samsung a favour. Some people would have avoided the brand over this. Now they don’t have to.

I’d still avoid them for doing this anyway