Home Mobiles Apps, Games & Google Services How you can enjoy the A-League 2013-14 season with Android and technology Those of you consider yourselves more than just users of Android will probably have other interests in life, and if you’re like me, you’re a mad football fan. No, not the codes played with weird egg-shaped balls like AFL or NRL, but the real, international football which many know as soccer.

The A-League season in Australia is about to kick off this Friday night with Sydney FC vs Newcastle Jets at Allianz Stadium in Sydney, after many pre-season friendlies and matches between some of the teams. After an amazing premier season last year, culminating in the Western Sydney Wanderers taking the premiers flag in their first year, and only narrowly missing out the Central Coast Mariners for the champion’s shield, the 2013-14 season is shaping up to be even bigger than last year.

Preparations at Ausdroid HQ are well underway — our Foxtel IQ box is hooked up so we can record and watch every single match, and we’re now turning to the best companion apps for our Android devices to keep us in tune with everything that’s happening during the summer A-League season.

The first app for Australian football fans is A-League Live 2013-14. It’s not an official app, rather it’s made by SportsMate Mobile but it promises some fairly impressive features which are bound to enhance our enjoyment of the game. Similar to last year’s official app (courtesy of Optus), A-League Live offers the following features:

While it isn’t an official app, this is going to be the majority of features you’d want in an A-League companion app, and we’re looking forward to trying it out as the season takes off. 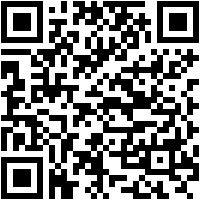 The second app could be considered semi-official, brought to you by FOX SPORTS (yes they like to capitalise that). Being a broadcast partner, you can expect a lot more video and live content via this app, and from my experience last season, I can say it’s pretty damned good. It offers most of the features you’d want, including:

The video highlights and live updates are pretty phenomenal when watching a live match either at the game or on FOX, but they lose a bit of their value when watching a delayed broadcast or a replay. That said, the FOX app is still pretty cool, and if you’re not able to watch the game live, the app offers a reasonable substitute allowing you to keep up with what’s happening minute by minute.

We’ll be in touch with the Football Federation of Australia during the week to see if any other more official apps are in the works, but with the season only a few days away, it seems that this is unlikely.

Other ways to enjoy the game

A second-screen experience isn’t the best way to enjoy the game if you can’t actually watch it live, and in 2013/14 there’s going to be a few ways to do this.

Of course, the best way to watch any game — A-League or otherwise — is to go and watch it live at the stadium. I can attest to the great atmosphere at the games, and thoroughly recommend taking the family along to a couple of games. It’s a great afternoon / night out.

For those that like a bit more of a relaxed approach, there’s a couple of ways to get involved.

If you can’t get to a match, then Foxtel is your best bet. Across the Fox Sports channels, you can watch every game live, and of course you can get into the pre- and post-game shows as well with the commentary team, and these are well worth watching for die hard fans.

This is how we’ll be keeping up with the games we can’t get to this season, and while it isn’t cheap, it’s certainly cheaper than tickets to every game. $72 a month will get you the basics package plus sports channels with a standard definition Foxtel IQ box (which will allow you to record the games and watch them later too), and an extra $10 a month gets you the HD experience (which is something to behold).

If you’ve got a Foxtel subscription but you’re not at home, what can you do? Well, Foxtel Go is available on a range of devices (PC, Mac, iOS devices and selected Samsung Android devices) and with this, assuming you’ve got the sports subscription, you can watch your favourite matches wherever you happen to be.

Bear in mind though, watching streaming television over a mobile connection is guaranteed to eat a lot of your data, so it’s best to make sure you’re on a wifi network before indulging in this service. Foxtel Go is free with standard cable/satellite packages, and is also available with other subscriptions as well. For more info, check Foxtel’s page.

Previously, if you weren’t a Foxtel subscriber, and if your local pub didn’t have Fox Sports, your only other option to watch a selection of games (certainly not all of them) was to watch a delayed broadcast via free to air television. This was a hit and miss affair, with most games NOT being broadcast anywhere except Fox.

However, this year LG and Harvey Norman have jumped on board to bring Friday night football to free to air television. Each week of the 2013/14 season, the Friday night game will be simulcast live on Fox Sports and SBS, in an effort to bring A-League to a more mainstream audience.

This will bring all 27 Friday night matches into Australian living rooms and I for one am rather excited by this development. Football has often been a poor cousin to the more regularly broadcast games of AFL and NRL, and anything that can increase the reach of football is a great thing in my books.

The first game of the season will be broadcast this way on Friday 11 October at 7.30pm AEDST, with Sydney taking on the Newcastle Jets at Allianz Stadium.

Are you a fan?

We know that you read Ausdroid for your Android fix, and so it’s not often we’ll indulge in things like football that we’re passionate about, but with the A-League season just around the corner, we thought we’d get some news out for the Android loving football fans out there.

Are you a football fanatic? Do you enjoy watching the A-League season unfold? How will you be getting your fix this year? Let us know, and hopefully we’ll see you at a few games as the season rolls out!

FYI, the reason there is no offical app is because OPTUS pulled all sponsorship deals with all sporting clubs in australia to focus on their “core” business. This only happened this year and obviously the FFA havent been able to get someone else/a deal in place to get an app built in time for the new season.

Wonder why Telstra didn’t make this app yet 0_o

Well this is my football app set up on my phone and tablet.

Then lastly, I also have THE Football App to keep up to date with international comps. This one is good on tablets. 🙂

not a fan.. but good to see the game getting more and more attention.

FFA announced there would be no mobile apps for the Aleague, at least for the foreseeable future…. Which in this day and age is pretty crap.