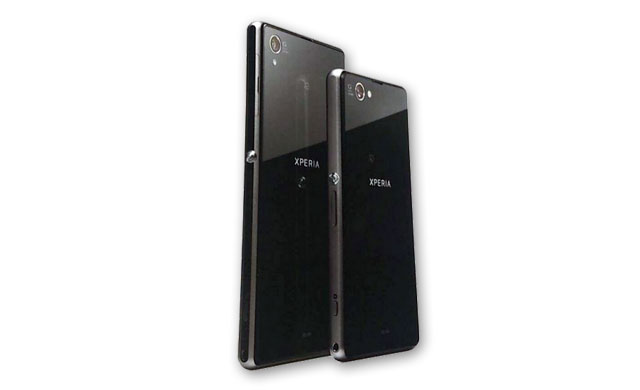 The release of the Xperia Z1 with its highly anticipated 20.7MP camera has seen many people asking for the same specs but in a smaller form factor and last we saw, the Xperia Z1 f was being touted as the device that would fulfill that wish. Now a further leak from an upcoming NTT DoCoMo catalogue seems to confirm the Xperia Z1 f is coming soon at least in Japan.

Unlike other mini versions of flagship phones that claim ‘no compromise’ the Xperia Z1 f seems to almost fully deliver. The Xperia Z1 f will come with almost the same specs of the Xperia Z1, apart from the screen which due to technical issues of cramming full HD 1080P resolution into a 4.3″ display will be a 720P display.

The Xperia Z1 f is also rumoured to retain the 20.7MP camera with G Lens that the larger Xperia Z1 packs, and software wise should contain the BIONZ mobile image processing, as well as SteadyShot for smooth steady video.

The Xperia Z1 f will be available on the Japanese carrier in four colours – black, white, pink and lime. The Catalogue is for the period spanning “2013-2014 winter spring model” with their lineup – which includes the already released Sony Xperia Z1 and the Samsung Galaxy Note 3 – on October 10th.

We’ll have to wait and see, what happens with the Xperia Z1 f. But if these specs are to be believed it could be quite the contender for those people who are sick of the overly large 4.7″ and above screen sizes on flagship devices.

Are you interested in a 4.3″ phone with all the specs of a flagship device?

A smaller phone without the usual compromises; sweet!

If Sony have only compromised the stuff that is unavoidable to compromise due to the smaller form factor, then this will indeed be a phone worth considering, provided you can get root on it

Hell yeah, Finally!!!
Would like to know battery size and if it has a MicroSD but unless the battery proves to be pitiful in size I think someone finally got it right!!!

Great to see those specs on a midsize phone. I find 4.3″ a perfect screen size. I almost went for the HTC One mini except for the 1GB Ram, and I’m not convinced on ultrapixel.
Can’t wait to see what the normal Z1 camera is like

I’m sure many people will love it. The HTC One Mini is a nice little machine, for example.

But not for me. I want a big slab. I’m more interested in the Ultra than the f.

Man, that thing would fly on the small screen if those specs are true.