The Android-powered games console market is becoming quite crowded these days, given that it was virtually non-existent 12 months ago. With the Ouya and NVidia’s Shield hardly taking the world by storm, accessory manufacturer Mad Catz are ready to jump into the market with M.O.J.O., a home console they first released back in June. The company announced yesterday that M.O.J.O. would be available “in limited quantities” from December 10th, with an RRP of US$250. This puts it somewhere in the middle between Ouya’s US$99 price tag and the US$300 NVidia Shield. The M.O.J.O.’s specs include: 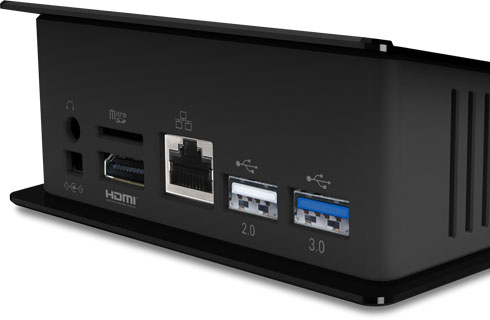 Mad Catz also announced that, unlike Ouya, M.O.J.O. will ship with access to the Google Play store, meaning that you can use it to play games you’ve already bought on other devices. The M.O.J.O. is now open for pre-orders, but so far it seems to be limited to US, Canada, UK and parts of Europe.

We’ve approached the local Mad Catz distributor about the possibility of the M.O.J.O being released here in Australia, and we’ll let you know if any more information comes to light.

Does the M.O.J.O. look interesting to you? How do you feel about the idea of an android-powered home console?

Yea this seems like a nice mix between the shield and ouya. 🙂

I think the in-house game streaming is a killer app that could take on PS4 and XBox One, these little consoles can’t. I would forget about getting a next gen console if a device like this could just stream my PC games.

Agree entirely… I’m very much considering it. It just sucks it won’t launch with it and I wonder how well it’ll work… I’m tossing up between this and a steam box.

I’m confused.. Is that an app or are you saying we need a HW keyboard and mouse?

HW keyboard and rodent for playing FPS on a TV on Android.
🙂
A steering wheel controller for racing games would be nice as well.