Developer Rovio has announced that a new slant on their ever popular Angry Birds franchise is coming in December. That slant is downhill racing Mario Kart style. In Angry Birds Go! you race against your favourite avian characters plus the naughty pigs. The racing looks frenetic, and in classic karting style there are coins to collect, hazards to avoid and power-ups to be had.

It wouldn’t be Angry Birds without merchandise, and Rovio do not dissapoint here. Go! will have a selection of collectible Telepods figures that can be scanned into the game. 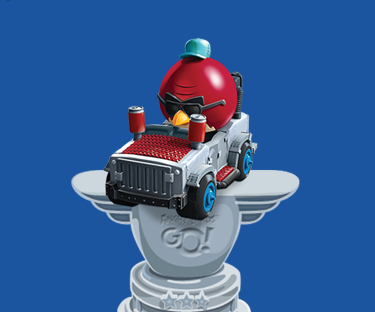 Angry Birds Go! will be a free game, with in-app purchases and the toy Telepods available for those that need a boost. Go! is released on 11th December.