Home News and Editorial HP Chromebook 14 and Chromebook 11 due to arrive in Australia in...

The recently announced HP Chromebook 14 and Chromebook 11 are both coming to Australia and coming soon, according to HP Australia. Both models are due to begin hitting retailers in the middle of November and will be available where all good HP Laptops are sold.

The Chromebook 14, which promises to give a boost to battery life based on the inclusion of the power sipping Haswell architecture that the Intel Celeron 2955USoC used inside the new model is based on, with Google advising that the Haswell chipset should allow for all day usage.

The outside of the HP Chromebook 14 has been designed with choice in mind with a range of colours on offer – Snow White, Ocean Turquoise and Coral Peach – the Chromebook 14 is made out of a plastic chasis but with a slightly rubberised top. 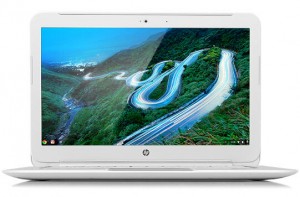 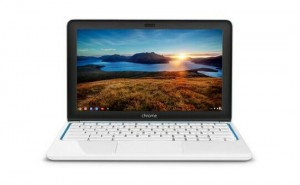 Powered by the Samsung Exynos 5250 ARM SoC, the Chromebook 11 offers the bonus of microUSB charging, a boon for anyone who has had to carry multiple chargers around while travelling.

The Chromebook 11 also includes the fabulous Google Lightbar that was introduced on the Chromebook Pixel, it’s a little over the top and unncessary, but is very much a nice extra touch – Try the Konami Code on it ;).

Both the HP Chromebook 11 and Chromebook 14 will be eligible for the 100GB of Free Google Drive storage – valid for 2 years – that previous models have shipped with, making the 16GB SSD not such a downside in terms of storage.

The pricing for the units of $399 and $499 is slightly above the US based pricing of US$279 for the Chromebook 11 and US$299 for the Chromebook 14 however it is still quite a niche product here in Australia and once retailers get their hands on them, competition may bring those prices down locally.

We look forward to getting review units of both the Chromebook 11 and Chromebook 14 when they arrive in Australia.

Interestingly the 11 has been halted for sales due to overheating problems.

Hi Daniel. Are those prices confirmed by HP? They’re a bit more than slightly above.$300USD is $317AUD on today’s exchange rate but the price is $500!

This is the 4GB model ($300 one is 2GB) but yes that is very over priced regardless. Though I just bought mine imported at a cost of $420 AUD.

Thanks for clarifying Harrison. Any chance of guiding me towards an importer? Just got back from London so not used to playing such games to get electronics at market price!

I assume you want the 4GB + 3G 14″ one if so-
B&H Photo sells them and ships to Australia. ( I bought it from there – I had recalculate shipping a few times).

Or if you want 11″ – Amazon sends them worldwide so you can buy it straight off amazon.

An 11 inch ARM with a faster dual or with beefy quad, 4 GB RAM and a backlit keyboard. That’s all I want. Oh and micro usb charging 🙂 I’m half tempted to get a hp 11 for the charger, speakers and better screen as compared to a Samsung Chromebook. I wonder when we’ll see a resolution higher than 1366x..