Home Mobiles Android OS and Updates Android 4.3 with Sense 5.5 rolling out to international HTC One in... 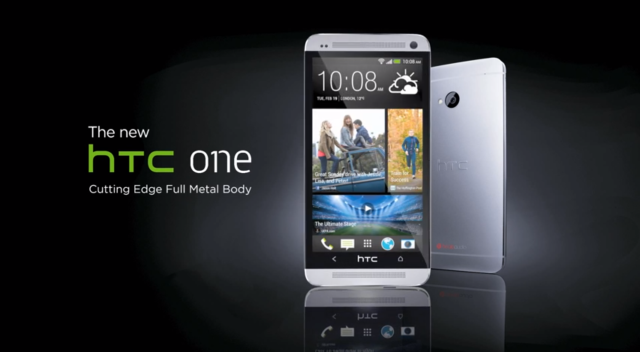 If you have an international, unlocked version of the HTC One, then an update to Android 4.3 which includes Sense 5.5 could be rolling out to you shortly.

Several sites are reporting that the 675MB update is now hitting HTC One owners in European countries in Nordic regions as well as Russia and countries in Eastern Europe. HTC Rom developer @LlabTooFeR supplied a screenshot of the update Changelog, which includes the ability to turn Blinkfeed off entirely : 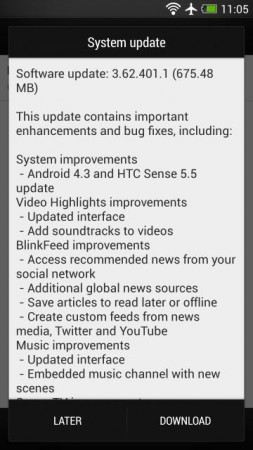 As well as tweeting a link to the OTA, for those wanting to attempt the update without waiting.

As usual for Australian Carrier branded HTC one handsets, the wait now begins. Optus has updated their software update page with details on the 4.3 update arrival, advising that the next update will be for Android 4.3 with an expected release in early November. Both Telstra and Vodafone have not listed any information about the update in their recent software update posts.

If you own an unlocked Australian HTC One, let us know if you see the update rolling out to your device.

Atlast the update is here. I have telstra unlocked phone and updating now. Happy!!!

Updated to Sense 5 and Android 4.2 last week; service provider is Telstra on a HTC One XL. Great update and improves the phones abilities, speed and functionality a lot. Loving BlinkFeed!

I wonder why it’s always europre, I mean the 4.3 for Samsung is out, but Europe first as well

I bought my phone from jb hifi when the phone was first released. I’m not sure if its an international version or a Telstra version. Can anyone verify?

Already on Android 4.3 with Sense 5.5 but through MaximusHD 20 which is a custom ROM put out by none other than LlabTooFeR. Brilliant.

Istill don’t get it, what’s the differences between 4.2 and 4.3 on phone, change log looks more of sense change only.

After upgrading to 4.3 and Sense 5.5, I am with you. Apart from very small functionality improvements, most of the changes seem to be with Sense 5.5. The ability to switch off BlinkFeed is one I am enjoying. One downside to Sense 5.5 was HTC’s decision to dump their Evernote linked Notes App for a Samsung-like Scribbler with no links to Evernote. So had to re-install Evernote.

I love updates. Can’t wait until this pops through for my Optus HTC One. Will be lucky to see it before Christmas I reckon, but still. Just the little tweaks keep things interesting.