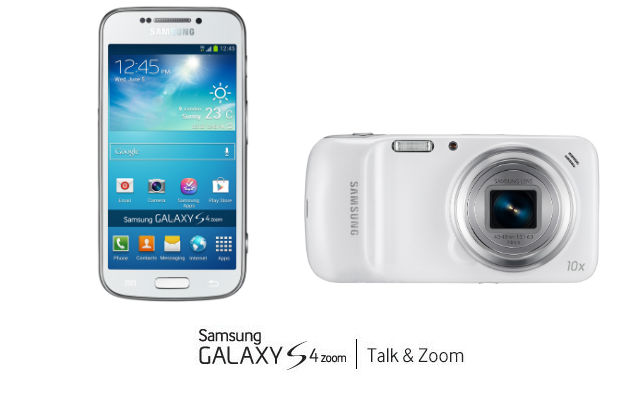 Samsung has today announced that another variant in the the Galaxy S4 range, the photography focused Galaxy S4 Zoom will be available in Australian retailers from next week.

Revealed back in June, the Galaxy S4 Zoom was announced as the result of Samsung’s ‘mission to create a single device that can fulfill the role of both an industry leading smartphone and a high-end compact camera’. It’s finally arriving on Australian shores and will be available from Samsung retail partners and Samsung Experience Stores in the Highpoint shopping centre, Melbourne and the George Street store in Sydney priced at $699.

At this stage, there have been no carriers listed as carrying the 3G/LTE capable phone-camera, although last years Samsung Galaxy Camera saw no initial carrier involvement before Optus began offering the device on contract.

We believe that the Samsung GALAXY S4 zoom is the ultimate tool for people who want to use their smartphone to capture and share high quality images quickly and conveniently. It’s a device that is engineered to offer flexibility and give people a wide range of capabilities in a smartphone.

We see the GALAXY S4 zoom, with its 10x optical zoom and Android operating system, as a great way for people to share great high quality photos quickly and easily.

It is exciting to see a product come into the Australian market that allows users to experience a GALAXY smartphone with the benefits of Samsung’s camera technology. The GALAXY S4 zoom’s ability to capture high quality images can turn quick snaps into precious photos that can be kept, printed and shared for years to come.

It’s an interesting product that we hope to have a review on very soon.

Are you interested in the Galaxy S4 Zoom or will you wait for the Galaxy NX interchangeable lens camera?